Javy and Anthony: The Best Retaliation is Smashing the Unwritten Rules Skip to content 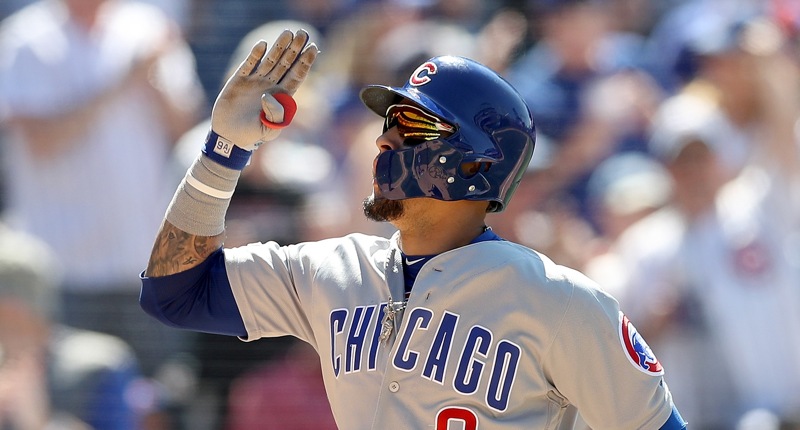 There were shenanigans today. As Michael mentioned in the EBS, Cole Hamels may have intentionally thrown at Nolan Arenado – forcing him from the game – in retaliation for Kris Bryant getting hit twice yesterday (and once very notably in the head last year). If it was indeed intentional, I don’t care for it for a number of reasons, even if I understand the protection-of-teammates rationale. It’s slightly less distasteful than throwing at a guy for breaking an unwritten rule, at least.

Hamels was himself later hit in the foot later in the game, though that one may not have been intentional. When Anthony Rizzo took one in the back in the 8th inning, however, the message was quite clear.

Would the cycle of retaliation never end? Well, let me say I was quite pleased to see Rizzo and the next batter, Javy Baez, demonstrate the REAL best way you can retaliate in those situations: take a hammer to the unwritten rules.

At first base, and with the Rockies not bothering to monitor him – why would they, down 8-0? – Rizzo simply took second base. A dramatic violation of an unwritten rule, but EXTREMELY appropriate after you’ve been plunked. Good man.

That is retaliation, my friends. I salute you.

460 FEET on that monster homer by Javy. I love it.