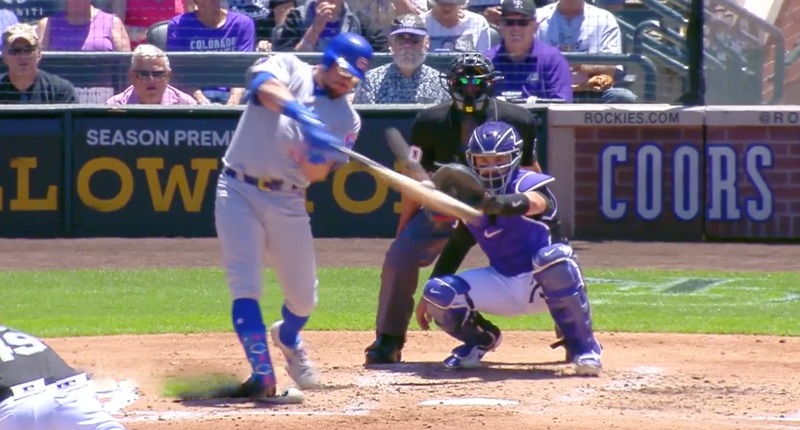 The bottom of the first inning was a dicey one for the Cubs (er, well, Cole Hamels), but they wiggled out of it and then made it hurt with five runs in the top of the second.

Carlos Gonzalez led off with a single and reached third on Victor Caratini’s double. Jason Heyward drove both of them in with a line-drive single of his own and was joined on base by Hamels, who had a single himself. But it was Kyle Schwarber who tallied the most runs in the inning with this majestic blast to right:

That was Schwarber’s 14th homer of the year and second of the series. It left the bat at 108 MPH and traveled 432 feet. He’s had his issues this year, but boy is that power real.

Now let’s see if they can continue adding on, because remember: this is Coors Field. No lead is safe.