Something is Off with Brad Brach, and Something Has to Change Skip to content 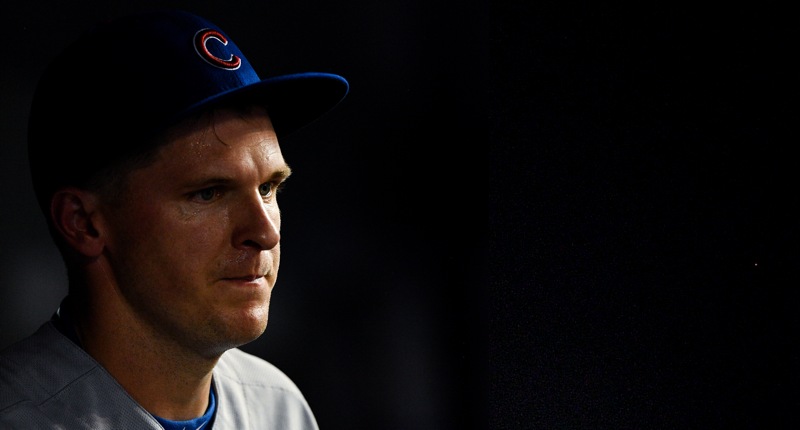 The Brad Brach signing this offseason not only made sense on paper, given the Cubs’ need and his consistent track record of success, but it also looked like a heckuva short-term bargain. But sometimes, the guys who wind up signing late for what looks like a bargain do so because the market at large determined the underlying warts were sufficiently unnerving.

For Brach, 33, you throw in a late-offseason case of mono – bad enough that the Cubs had to rework his contract – and there was always plenty to be nervous about, despite that good track record.

On the year, Brach has posted a 6.39 ERA over 25.1 innings. He has a passable 21.7% strikeout rate, but he more than neuters it with an 18.3% walk rate, double where he’s been the last few years, and by FAR the highest walk rate in baseball. He is not getting ground balls like he usually does – his 40.3% rate is the lowest since 2014, his first year with the Orioles when he broke out. His hard contact rate (38.9%) blows away what he’s typically been at in his career. His soft contact rate (13.9%) is atrocious.

What the heck is going on?

Brach’s velocity has ticked back up to where he was last year, even if that’s a bit below his career best range. I don’t think velocity is the issue. His release point looks to be where it was for his best years, including the second half last year. No mechanical clues there.

For whatever reason, the guy simply cannot throw the ball where he wants:

Brad Brach really wore his heart on his sleeve after this game. ERA now 6.39 after giving up 4 runs: “I’m not throwing the ball where I need to. Frankly, it’s embarrassing. It’s just going out there and giving up line drive after line drive. It’s just not good.”

Brach went on to tell Rogers that he thinks he’s had great stuff the last few weeks (I don’t necessarily disagree), but has been getting the worst results of his career.

The reality is this: the Cubs cannot keep throwing Brach out there in situations where he can impact the outcome of the game. And with a good offense and good bullpen around him, there aren’t too many situations where that will be the case. Moreover, if that’s all you can be trusted for – the purest of mop-up duty – why are you taking up a bullpen job when the Cubs are overloaded with potentially much better options at AAA Iowa?

I get that the upside of Brach is that he figures something out, it clicks back into place, and he’s a very good reliever again, like he’s been for a half-decade. But the risk in the meantime is that he keeps being used in situations like last night, and almost singlehandedly turns a possibly competitive game into a laugher. He has given up runs in SIX of his last SEVEN appearances, and 13 earned runs total over those seven appearances. I’ll say it again: something is wrong.

If that means the Cubs and Brach need to determine that something is tweaked and he needs time on the Injured List? So be it. Because of his reworked contract (following the mono), Brach could stand to lose upwards of $500,000 in bonus money if he’s on the Injured List, so that is a possible hold-up in “agreeing” to an Injured List stint.

But whatever it takes, something has to change. Brach has been unhelpful this year, to say the least, and he’s been absolutely unpitchable for a few weeks now. Something has to change, and I’d say sooner than Craig Kimbrel’s arrival (which will organically displace someone from the bullpen).

Either it’s a totally unforeseen, previously-undiscovered miracle mechanical cure that is guaranteed to have success right away (not likely, amigos), or it’s a roster move.