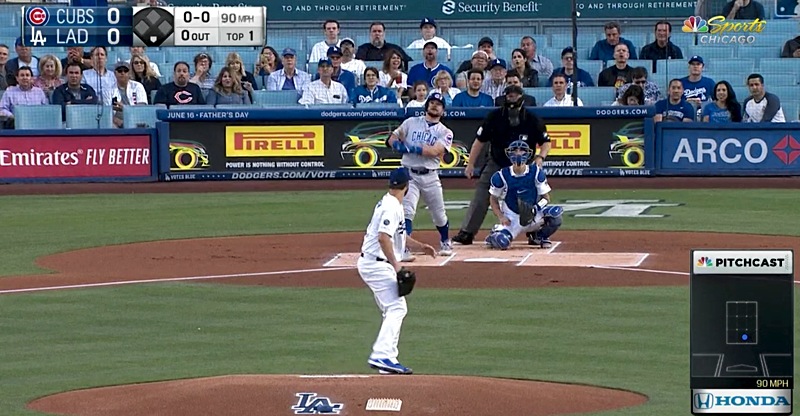 That did not take long, as Kyle Schwarber is clearly still feeling it. He can be very, very good when he starts hunting.

And he was on the first pitch of the night delivered by Clayton Kershaw, which made it’s way to a sure-handed fan in the center field stands: