LOL: Kenley Jansen Balked on Purpose Because He Got Tired of Jason Heyward at Second Base Skip to content 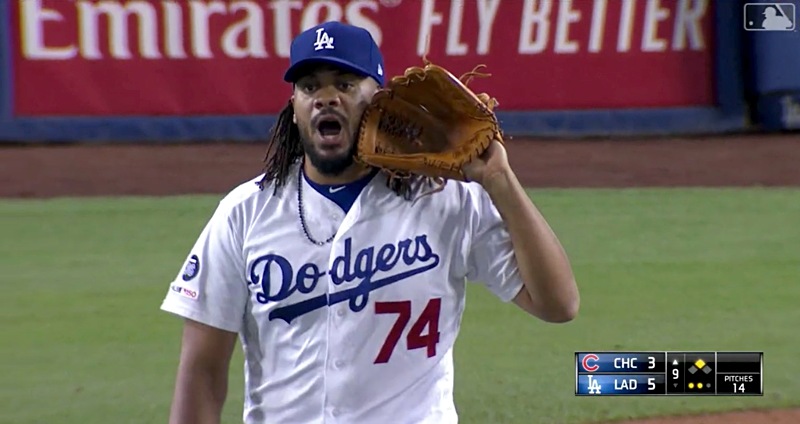 He yelled that he was going to intentionally balk Heyward over to third base, and then he did it:

Here’s another look at the balk, itself, from Dodgers Digest – it was not subtle, nor was it intended to be:

That is some wild stuff right there, and although there’s essentially little to no downside risk in having that runner at third instead of second (the Cubs were down two), it still speaks to Jansen’s single-minded focus on just getting the batter out.

As for what Jansen was beefing about, it seems pretty clear that he believed Heyward may have been trying to tip pitch location to the batters.

You may remember that the Dodgers accused the Cubs of trying to steal signs back in the 2016 NLCS, a claim the Cubs laughed off. So maybe there is history there with the Dodgers specifically believing this is a thing with the Cubs.

As for the ethics of sign stealing, it’s been part of the game since time immemorial. It’s the reason a series of catching signs exists in the first place (of course, when it’s a pitcher like Jansen who almost exclusively throws one pitch, it’s a little easier to just signal pitch location). I don’t really have a beef with players using their eyes to try to steal signs and then communicate them to teammates. When you start getting NON-players involved and/or technology? Then I think you’ve gone a little too far, and I’d find it bothersome. Keep it more classic, and I’m fine with it.

I say good on Jansen for finding a way around this one, if indeed that’s what the Cubs were doing.