Briefly Atop the Standings, Fun with Rizzo, Syndergaard Injury, and Other Bullets Skip to content 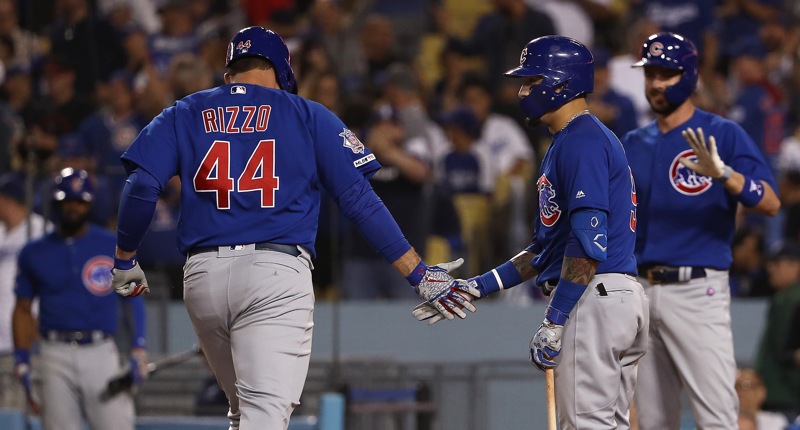 To the fathers among you, and those with fathers even tangentially connected to your life: cheers.

Some people say the "C" on @ARizzo44's chest stands for "Clutch." pic.twitter.com/7pVYXAQMwN

2nd one when team was behind at the time.

Kenley Jansen said he didn’t feel right warming up in the pen and knew he’d be in for a grind. His location wasn’t there on both the ball that hit Bryant and the homer to Rizzo. #Dodgers #LABleedsBlue pic.twitter.com/fir4v0uYWS

Noah Syndergaard has a strained right hamstring, the Mets say.

The Mets almost always downplay the severity of injuries initially. That they're calling this an outright strain — and not "tightness" — seems significant.

Reporter shows Kris Bryant an @scottmerkin tweet and this quote from Dylan Covey on Cubs-Sox: “We definitely want to beat them, no doubt, every single time.”

“I didn’t even know we played them next week,” says Bryant, who roomed with Covey at the University of San Diego. #Merk

When I asked Brennen Davis what it was like to work with #Cubs coaches to change his swing, he just laughed and said “There was a lot of stuff to fix.” It seems to be working so far in South Bend! https://t.co/8NqTv4tOKg

Yes! Both shirts are good! Obligatory plug for our friends at @obvious_shirts this Father's Day – tell him he's got a surprise coming in the mail, and it'll make him chuckle: https://t.co/X9HB2QoBE8 https://t.co/1gmuXVN9IV