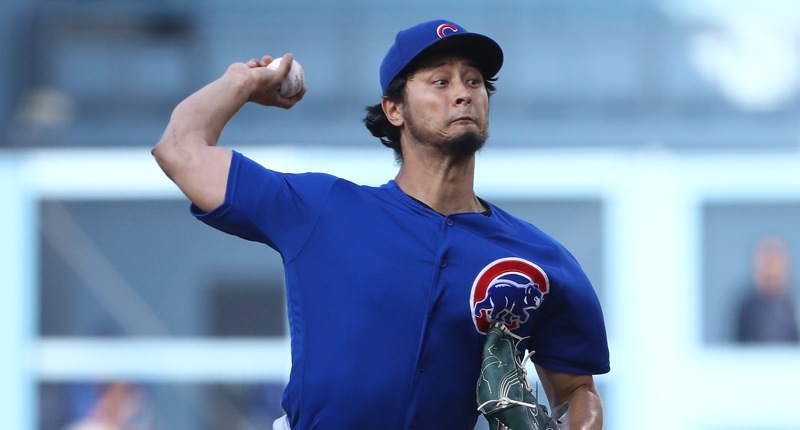 I’ll cop to it: in his return to Los Angeles last night, home to the fans he felt he let down so deeply in the 2017 World Series, I didn’t expect Yu Darvish to have a great start. It’s not as if I thought he couldn’t, but as a guy who is – by his own admission – frequently in his own head, it felt like such a risky moment for him. We’ve seen it in other starts, and I feared we’d see it again.

But I was wrong. Not only did Darvish overcome whatever emotional issues were attached to starting there in L.A., he threw his best start with the Cubs.

Getting whiffs suggests nastiness, but there were also a ton of takes where guys simply gave up (a whopping 26 called strikes on the night). That’s also a good sign.

Darvish was wholly unaffected by the periodic boos, ultimately throwing 7.0 innings, allowing just two hits (one homer), one walk, and striking out ten. He really looked good all night, and it was the kind of start we’ve all been desperately waiting on for over a year now. This was the guy we remembered seeing with the Rangers and then the Dodgers. This is the guy who was always in there.

The start brought Darvish’s season ERA down to 4.65 – quite a decline, given how scary it was early – which is not that far above the league average mark of 4.43. Maybe he can get it there by the All-Star break, and just keep on dropping from there.

Hopefully the outing can serve as a hard turning point for a guy who clearly still has the stuff and the ability, who just needed something else to click, and who is always admirably transparent about his feelings.

"This was really important in my life. I think now I can move forward. I pitched good here." — Yu Darvish, on pitching a gem in Dodger Stadium, where he lost Game 7 of the 2017 World Series