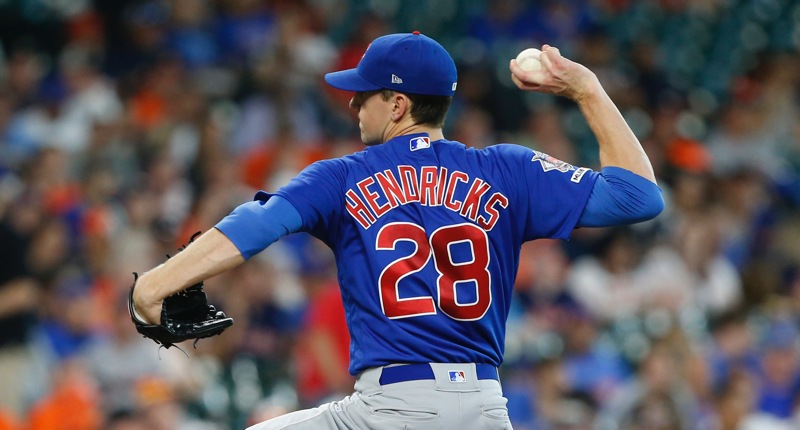 All the softening words in the world will not comfort you in the moment when you find out that the further tests on Kyle Hendricks revealed an actual thing.

GM Jed Hoyer said Hendricks is dealing with an impingement in his throwing shoulder:

"I feel like we got ahead of it. We're not sure how much time he'll miss, but we'll try to take it slow and take the length of the season into account."

Jed Hoyer said tests showed an “impingement” for Hendricks but they caught it early. No change in prognosis. Unclear how long he’ll be out. Chance they hold him back till all star break but can’t say yet.

So, an impingement in the shoulder (with the rotator cuff tendons, for example) is legitimately not among the more serious issues a pitcher can face. It’s the kind of thing that might be described as “inflammation,” which is actually what the initial diagnosis was anyway. However, any kind of noticeable structural thing makes you nervous, even if it’s merely the first step in a long chain that could lead to a very serious injury.

In other words, it’s good that the Cubs caught this early, but I’ll definitely bet the over – the way over – on Hendricks returning as soon as his IL stint is up. If he’s back before the All-Star break (missing about four starts), I’d be extremely surprised at this point. That’s just the way these things go, and it’s possible the extra rest could help ensure Hendricks stays at his sharpest in the second half.

Tyler Chatwood gets the first crack at filling Hendricks’ shoes on Thursday, and then the Cubs will evaluate whether they’ll stick with him, go with Adbert Alzolay, or shift over to Mike Montgomery for the next one. Again, my guess is there will be several starts to cover, unfortunately.

Who knows? Maybe Chatwood follows up his very good first fill-in start with a few more good ones, and the Cubs suddenly have six highly-capable starting pitchers ready to go? Or maybe he starts cruising, Hendricks returns, and a different starting pitcher goes down – and you’re happy Chatwood got into a groove by then? I’m not saying these things are likely, but hey, the season is long, and might as well root for Chatwood to break back out. He was pretty darn good before last year’s disaster, and he does indeed look like a different pitcher this season.