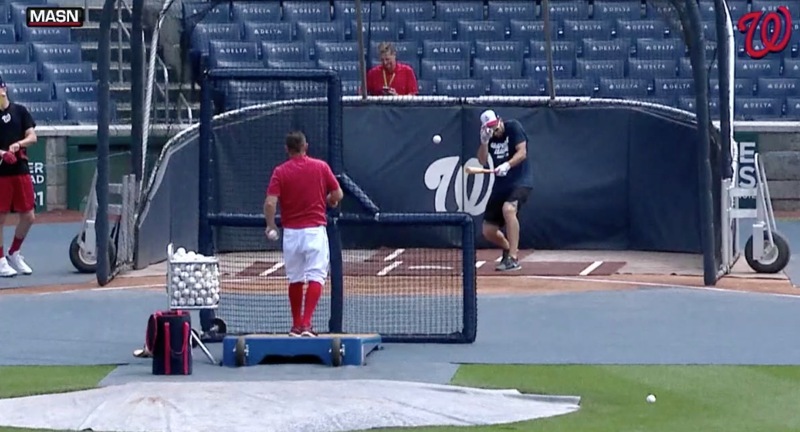 Among the many reasons I could conjure up to oppose bunting, I can’t say I envisioned this one.

Max Scherzer broke his nose after taking a ball off the face during a bunting drill. pic.twitter.com/M9o4hYBj0J

In news that should not surprise you at all if you’ve ever seen a manager try to take Scherzer off the mound, he’s still planning to pitch tonight:

Hear Max Scherzer, after breaking his nose in BP yesterday, is still planning to pitch tonight vs. rival Phillies #MadMax

I’m told the Nationals tried to sell Scherzer on the idea of taking a few days and he said NO.

I kinda can’t wait to see what kind of face mask or splint or whatever a pitcher can wear for a start with a broken nose. For the needy Nationals, they must hope that Scherzer’s performance is unaffected by the fluke injury, because they are already popping up in trade rumors, from Howie Kendrick’s potential utility to teams like the Cubs to the previously unthinkable possibility that they might trade Scherzer, himself.