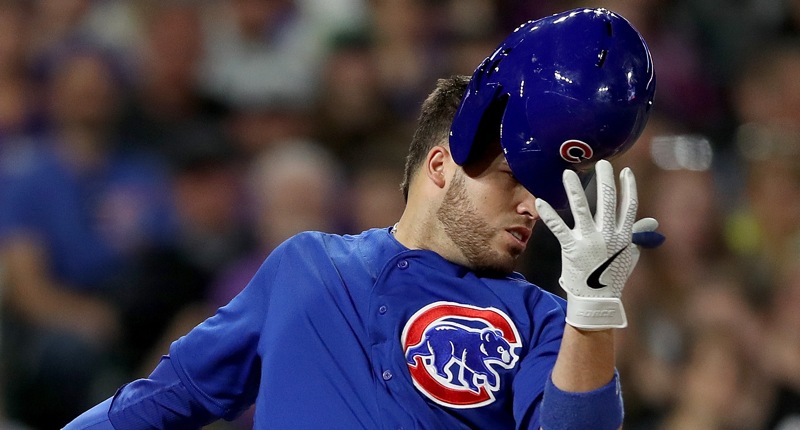 Ivan Nova came into last night’s affair having been extremely terrible this year, in virtually every way you could attempt to evaluate descriptive terms like “terrible.” He had a 6.28(!) ERA. His 5.17 FIP wasn’t much better. He had a comical 14.9% strikeout rate. He was giving up homers at a 1.69/9 rate. His hard and soft contact were nothing special.

And the Cubs managed a first-pitch solo homer off of him and nothing else.

To be sure, some of the results were flukey – the Cubs struck out only once, and had a game BABIP of .188 despite almost no soft contact in the game (5.9%) – but the results were also hard to ignore, coming as they did, after a long stretch of offensive failings.

Consider that the Cubs have scored three or fewer runs in all but one of their past seven games, and all of their past five. But really, the offensive funk feels like it goes back to that failed sweep of the Rockies at Wrigley Field, when rookie Peter Lambert came up for his debut and completely stifled the Cubs. Remember that? Does it feel like they’ve really done much of anything since then?

Since that date – June 6 – the Cubs have hit a dreadful .229/.294/.387 (76 wRC+, 6th worst in baseball). The .265 BABIP is the biggest culprit, but they are also striking out more than average, walking less than average, and hitting for less power than average. Their groundball rate is 6th highest in baseball during this stretch, and their hard contact rate is tied for the fifth lowest.

It’s barely a two-week sample, so I’m hardly going to panic, but it’s been a particularly awful stretch, and you’re right to feel like the Cubs suddenly stocked up on their supply of wet newspapers.

On an individual level, the struggles have been wide spread. Only Kris Bryant has a wRC+ of real consequence during these two weeks (180), while Anthony Rizzo and Kyle Schwarber are the only other guys even above 100 (aka average). The other guys who’ve seen at least 20 PAs over these two weeks … brace yourself:

I’m gonna need a moment to collect my lunch.

Actually, why would I do that? I’m going to leave it there on the ground.

The struggles are deeeeeep, and they are wide. And yet, for now, I still mostly shrug.

If guys like Baez and Contreras are not injured, they will be fine, and these ebbs and flows are a normal part of the year – especially for guys who started out so blindingly hot by taking advantage of the way pitchers were attacking them right out of the gate.

Adjustments must be made – not just by Baez and Contreras, though their performance can disproportionately impact the Cubs – and I wonder how much it has to do with the team’s dramatic success early on going the other way. The Cubs have still found tremendous success going to the opposite field during these ugly two weeks (142 wRC+, 8th best in baseball), but nowhere close to their comically high league mark before June 6 (173 wRC+, nearly 30 points higher than the next best team). Any chance teams figured out a way to neutralize some of the success the Cubs were having going the other way?

Anecdotally, I’m thinking of how much damage Baez did on pitches away, just staying back, letting them deep into the zone, and then swatting them with aggression to right. It’s not a huge sample, and it’s probably idiosyncratic for some of the pitchers, but I do notice in the heat maps that pitchers have started to shift their work on Baez closer to his body, and more up. from the previously heavy focus on down and away, down and away, down and away.

If the team-wide struggles persist, we’ll have to dig in a little more deeply on what’s going on. I don’t want to lose sight of the fact that, during this particular stretch, the Cubs did have to face four excellent Dodgers starting pitchers in their place (that’s 4 of the 12 games), and maybe that’s skewing some things.

Also, sorry to use a picture of you for this one, Victor, as you haven’t really been that bad. But it just fit.