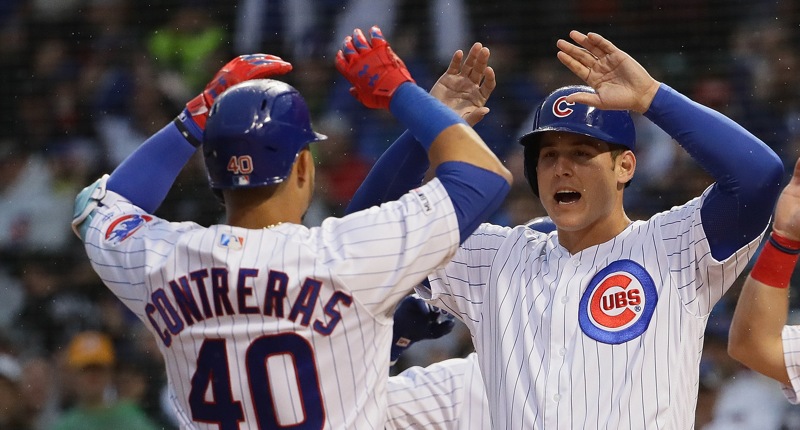 By calling out Cubs offensive insufficiencies, I am doing a public service by causing those players to have huge games, even at the great cost of my own credibility. It is an honor to serve.

The latest installment comes courtesy of Willson Contreras, who was highlighted before yesterday’s game as among the guys who have been especially awful at the plate over the prior two-week stretch that saw the offense stagnate. Since June 6, heading into last night’s game, Contreras was hitting just .222/.250/.259 with a 34 wRC+.

Contreras has actually now had four very nice games in a row, going back into the Dodgers series. His overall season line remains an extremely impressive .293/.393/.561 with a 146 wRC+. He’s walking more than ever and hitting for more power than ever, even at the expense of striking out a little bit more.

On that second part, I couldn’t help but notice that Contreras’s grand slam came on a two-strike count. Contreras has credited his success this year, in part, to being less afraid of striking out. Well, wouldn’t you know it, Contreras is striking out more than ever once he gets to a two strike count … but is also the most productive he’s ever been because he’s hitting for so much more power with two strikes:

When we talk about “two-strike approach,” we too often use that as a proxy for “just put the ball in play,” when it’s not at all that simple. For some guys, they can focus on fouling the ball off and just putting it in play because they are preternaturally talented at making hard contact even in those situations and still have the power to do damage (Anthony Rizzo being the best example I can remember in a while). Not everyone has the skill set to be that guy.

For other guys, if they focus on just putting the ball in play with two strikes, they are simply going to be giving up too much power, and the trade off is hardly worth it if the balls you’re putting in play don’t really do much damage. Look at Contreras’s rookie season up there for the perfect example: he was netting a whopping .371 BABIP when he was putting the ball in play with two strikes, but (1) he was barely striking out less than he is now, AND (2) they were virtually all singles. The trade off, for him, is just not worth it.

When they say you aren't the best catcher in baseball. pic.twitter.com/i2s6AxMTU3