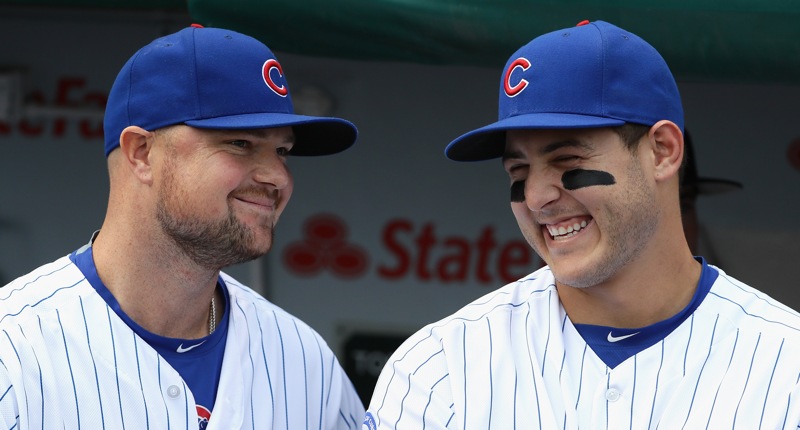 The Chicago Cubs arise this morning to the sweet sounds of birds chirping, to the sweet smells of fresh cinnamon rolls baking, and the sweet sight of their own flag atop the standings on the Old Scoreboard.

And, I have to admit, it makes me chuckle.

For the Cubs to have pulled into first place – excuse me, rolled over and flopped into first place like the Pillsbury Dough Boy coming off a bender – after the week they just had is kinda ridiculous. All appropriate praise to the Astros, Giants, and Padres for beating up the Brewers on their road trip out West (see, it’s hard out there!).

SURPRISE. The #Cubs are back in first place.

Things have tightened up considerably in the Central, as you’d expect after a couple weeks where none of the Cubs, Brewers, or Cardinals acquitted themselves particularly well. To the Reds’ credit, they’ve pulled themselves to a level where, given the talent and potential for young reinforcements, you have to think, “OK, yeah, maybe there’s an outside chance at a run.” The Pirates are toast at this point, as they not only are 7.0 back, behind four competitive teams, but they also have a number of underlying metrics that suggest they’re extremely fortunate to even have the record they have.