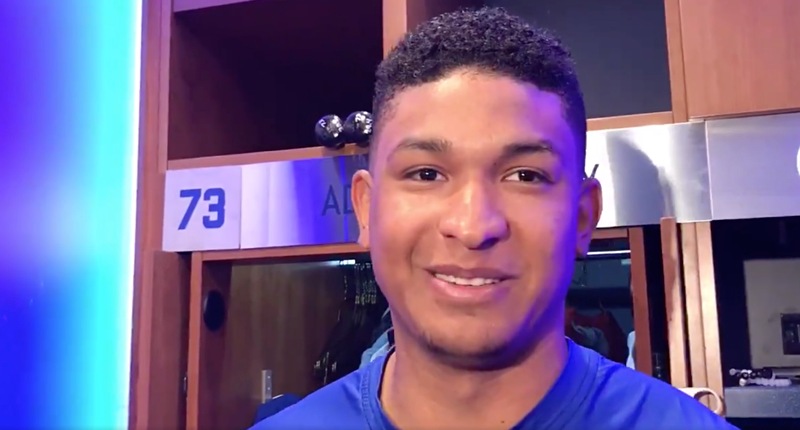 For the first time since Ian Happ two years ago, the Chicago Cubs are welcoming a top prospect into the fold. And it’s a starting pitcher! That’s a first since, what, Kyle Hendricks five years ago?

It’s Adbert Alzolay, and, although he’s not going to start tonight, he’s likely to be used in a starting-like piggyback role behind Tyler Chatwood, so we’re still gonna count this as a starting pitching prospect coming up to join the Cubs.

More on the 24-year-old righty here from our prospect guy Bryan, and more on the arrival:

Alzolay used the word “amazing” multiple times — about getting the call, about sharing the news and tears with his family, and about having the chance to throw to fellow Venezuelan Willson Contreras in the big leagues. pic.twitter.com/16ZGDYezGY

Alzolay said he's been watching MLB film after starts all year, looking at opposing hitters and how pitchers with similar stuff attack them, etc. He's been doing this since last year, preparing for this call-up to Chicago (as he mentioned this spring):https://t.co/e8iBkcjbYC

Alzolay is the first 73 in Cubs history and the 22nd player to don that digit in MLB history: https://t.co/A1ofXSq6jr