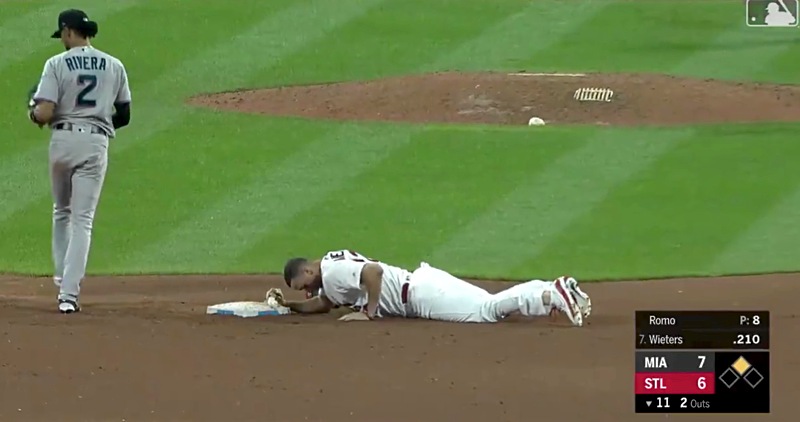 This is become a habit that I could get extremely on board with.

So, up front, I’ll note that losing to the Marlins in any fashion is its own kind of embarrassing. But when you do it because the tying run is picked off at second base in extra innings?!?! And it’s a pinch-runner at that?!?!

It is with a heavy heart we must announce …

After the Marlins took the lead in the 11th, the Cardinals got a double from Yadi Molina that put the tying run on second base. Mike Shildt opted to pinch-run with pitcher Jack Flaherty, who got absolutely pantsed to end the game.

It’s the second time in less than a week that Flaherty was thrown out in embarrassing fashion to end a game! Both times he was pinch-running for Molina! Both times he was the tying run! And both times it was a head-hanging final out! I’m sorry if it’s petty, but the SCardenfreude is real, my friends. 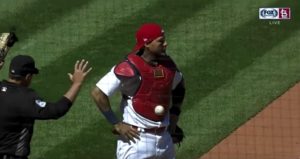