After Losing Fight to Cubs, Mets Apparently Try to Fight the Media in the Clubhouse Skip to content 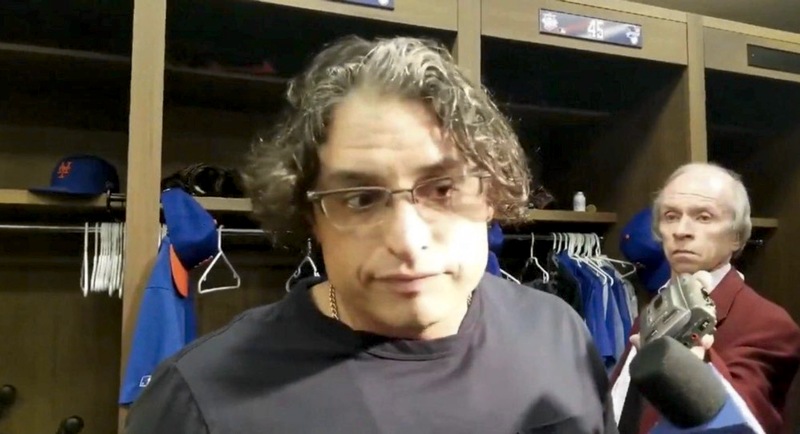 I mean, I know it’s humbling to lose to the Cubs right now (that’s a joke), but this is nuts.

A stray comment apparently sent the Mets over the edge just after their loss to the Cubs:

Tension in the clubhouse. Jason Vargas had to be separated from going after Tim Healey of Newsday.

Vargas then got into a shouting match with the reporter, over a staredown, and said at one point: "Ill knock you the f*** out, bro."

He charged such reporter and had to held back by Gomez and Syndergaard.

Callaway told the public relations staff to “Get this motherf—-er” out of the clubhouse and when Healey didn’t leave, Vargas got into a stare down with him. Words were exchanged and Vargas had to be restrained from him.

Mickey Callaway told a reporter to leave the clubhouse, calling the reporter a motherfu**er multiple times.

Jason Vargas, defending his manager, said "I'll knock you the f**k out, bro."

Callaway asked Mets PR to remove the reporter from the clubhouse, saying "(the reporter) will be here tomorrow."

Guess who might not be here tomorrow? In my opinion, this altercation was chaotic enough to end Callaway's managerial tenure with the Mets.

Mickey Callaway and Jason Vargas snap at a reporter following loss to Cubs with Vargas threatening to knock out reporter before charging him:https://t.co/HaOGWp1SEd

Maybe the cramped quarters of the visiting clubhouse at Wrigley Field set everyone off?

I kid, because obviously the whole Mets situation has been a powder keg for a while now, and it’s been a surprise that Mickey Callaway hadn’t already been dumped. Perhaps that’s coming now.

Also, that actually is Jason Vargas. The professor, not the time traveling founding father.

This legitimately looks like Jason Vargas is an American History professor being interviewed by one of the actual founding fathers pic.twitter.com/ufJfnkS50R