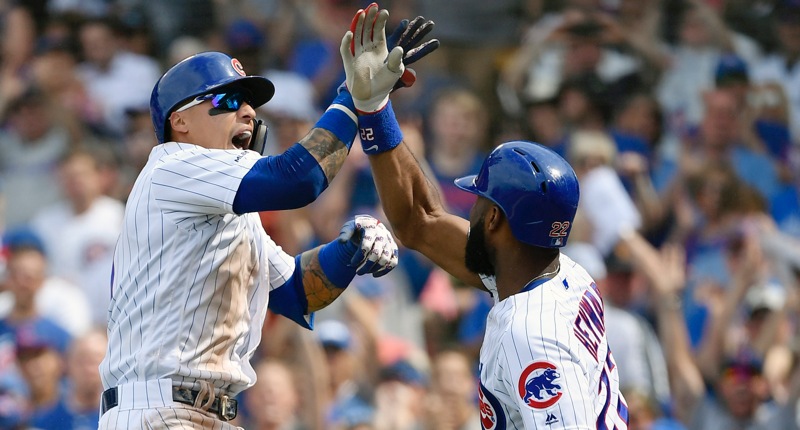 I didn’t *have* to write the title like that, I suppose, but once I did, it became difficult for the headline not to look like I was lauding Javy Baez’s 100th game-winning home run. That would be crazy. But I wouldn’t put it past El Mago.

As for yesterday’s dinger, which was Javy’s 100th and also happened to win the game for the Cubs, I wanted to enjoy the shot again while sharing Pat Hughes’ one-of-a-kind call:

That homer was Baez’s 19th of the year, in addition to being his 100th overall. It was an oppo shot, of course – his career homer spray video looks like it belongs to a switch-hitter:

The homer also came on an 0-2 pitch, which, together with the oppo thing, has become a Javy specialty:

Javy Baez does not shy away in the biggest moments, and when he comes through, he embraces the joy:

"You want all the attention on you."

After Losing Fight to Cubs, Mets Apparently Try to Fight the Media in the Clubhouse https://t.co/PeVbSiQ3Sa pic.twitter.com/OaoSU0J384

In conclusion, Javy Baez is a religion:

No, sir. We are the ones who are blessed.