Ultimate #Cubes: Some of the Worst Baserunning You'll See This Year (I Hope) Skip to content 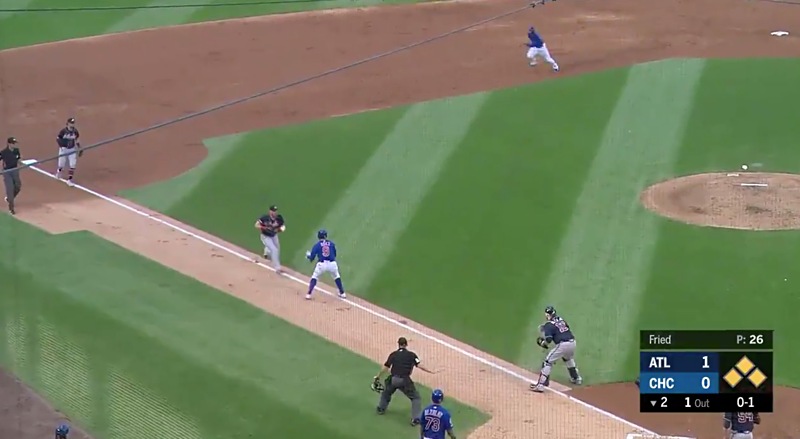 Ah, I’d almost forgotten about the #Cubes rallying cry. You know, the sarcastic, screwed-up name for the team when they flub something?

But you just can’t think of anything else when you see what they pulled off with the bases loaded and one out tonight. How about … ending the inning on a single pitch that wasn’t even put into play:

Exactly how we drew it up in Spring Training.#ChopOn pic.twitter.com/kQuWCO0jAb

I count no fewer than six mistakes in this one:

(1) Why a squeeze called with the bases loaded? I get that it’s the pitcher at the plate, but there’s very little chance this ends well even if executed correctly!

(3) How did Javy Baez not get back to third base after the missed bunt? He had plenty of time!

(4) Why did Baez not get himself into more of a rundown? There was plenty of opportunity!

(5) Why did Willson Contreras commit so late to trying to take third? Heck, why try that at all?!

(6) It looked like Contreras was pretty darn close to being safe at third anyway, so why no challenge?!

Mostly I just want to yell things, because that was atrocious.