Cubs Need to Accept the Gift, Free Robel, Contreras So Hot, and Other Bullets Skip to content 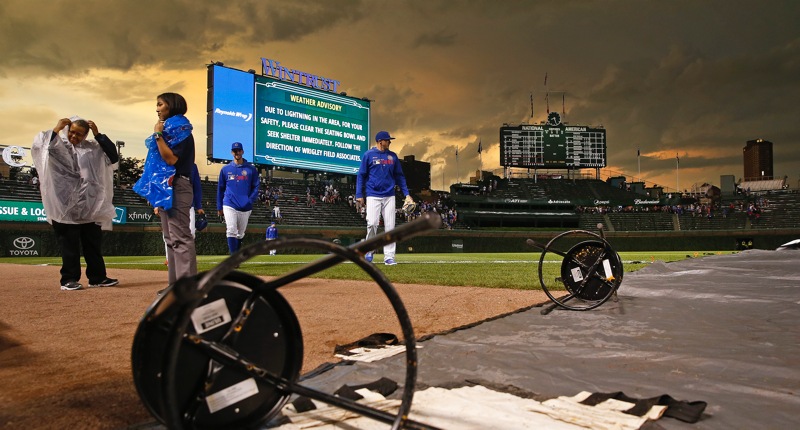 I heard ‘Take On Me’ this morning on the radio, and I was reminded of my old Razr phone – they were the coolest, man – where my first order of business was finding a midi audio ringtone of the da-da-da-da-da-da-da-da keyboard part from that song. I did, and I was very proud. It was clearly meant to be a ringtone, man.

The current NL Central standings are a gift. I still believe this #Cubs team is very good at its core, but they could easily be so far behind at this point. And yet they are a game ahead. It's a gift. Time to take advantage. pic.twitter.com/9R4Bl6zzMT

After another sloppy loss, Joe Maddon said "we have to get better," multiple times. That's about as critical as he'll publicly get with his team. Will the Cubs’ maddening inconsistency lead Theo to enforce his "production over potential" declaration? https://t.co/lvS6vyjs7J

Willson Contreras has gone 5-for-10 with 2 homers, one double, one triple, one walk, three runs, six RBI and one bench-clearing fracas so far in this series against the Braves.

(And as always: free shipping!) pic.twitter.com/b7fcuGRsNu

Man, It REALLY Seems Like Robbie Gould Wants to Come Back to the Bears … https://t.co/5DOI4ChgG7 pic.twitter.com/cBVjz86jxb

The Bulls Could Be Sniffing Around Free-Agent Forward Julius Randle https://t.co/va8afAsauF pic.twitter.com/8rXx7VSSve