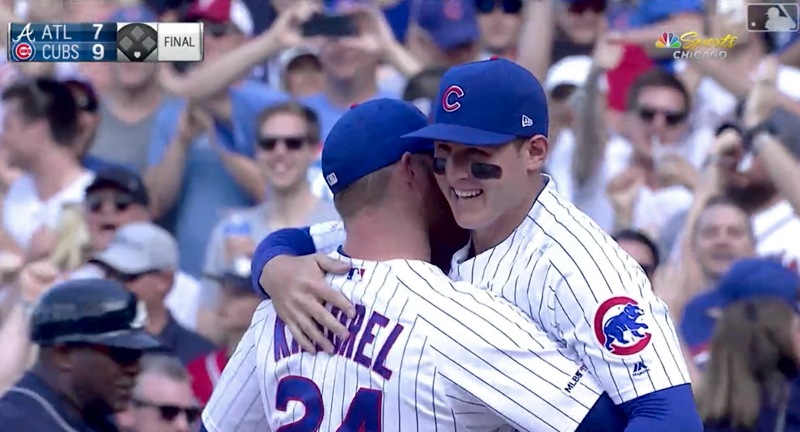 The Cubs staged an incredible comeback from being down 6-1 to put themselves in a position to let their prize new closer finish one out at Wrigley Field in his debut.

Kimbrel mostly did his part, though there was certainly drama, as two guys reached with two outs, and then a Freddie Freeman shot up the line looked scary until Anthony Rizzo corralled it.

The only problem? Kimbrel wasn’t there at first base waiting for a throw. I guess he missed the pitcher fielding practice in Spring Training. So Rizzo had to take care of it himself:

ICYMI, @Kimbrel46 gets a big assist from @ARizzo44 for his first #Cubs save. pic.twitter.com/j9yul2zgQH