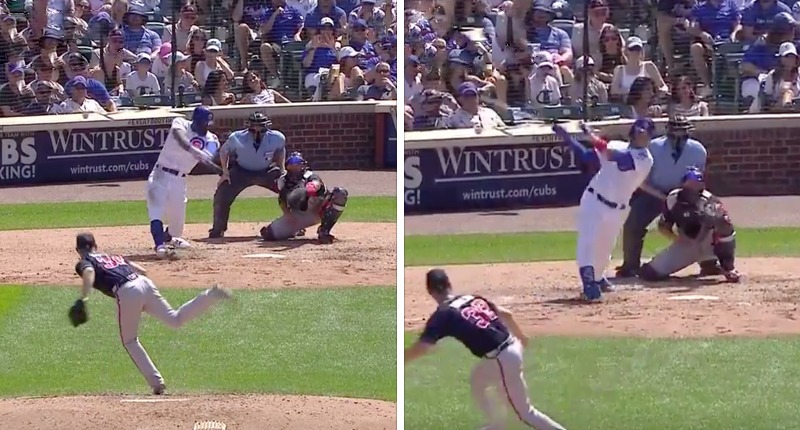 The Cubs – er, well, Tyler Chatwood – dug themselves quite a hole early this afternoon, but the bats (largely thanks to Jason Heyward) have done their best to work their way back.

First, Heyward hit a two-run single up the middle to cut the Braves 5-run lead down to three, then he scored on a wild pitch later in the inning. An inning later, Anthony Rizzo scored Kris Bryant on a ground rule double, setting Jason Heyward up for another RBI, this time on a TRIPLE.

As I mentioned after his FIRST RBI hit up the middle, Jason Heyward has been using the middle of the field more than almost any one else in baseball this season and it is WORKING for him.

Two-run RBI single for Heyward! Remember he's using the center of the field more than almost anyone in baseball! @BleacherNation https://t.co/H1RWP8iQvQ

After tying the game on that triple, Victor Caratini stepped up to the plate and gave the Cubs a two-run lead with his second homer of the year!

This isn’t from today, but it’s from the last time Caratini made a believer out of Brett:

Ozzie Albies has since cut the Cubs’ two-run lead in half with a solo homer (because of course), but, hey, it’s nice to see the Cubs’ bats battle back from such a huge deficit.

Please just go out and win this game now.