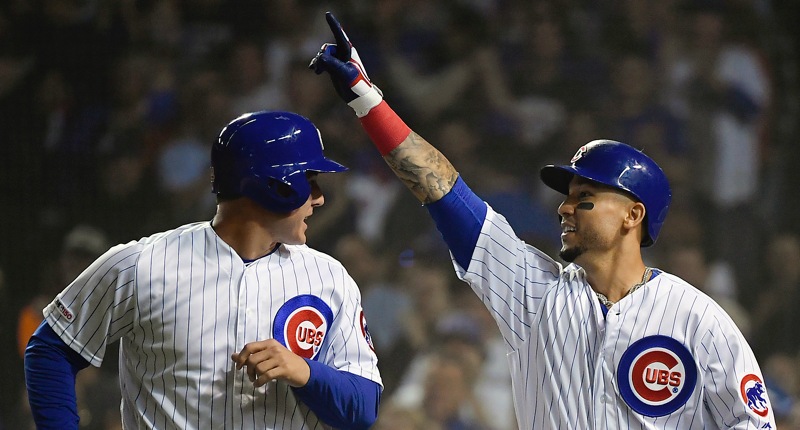 It was worth a low-cost, low-risk roll of the dice on Carlos Gonzalez.

Effectively, the 33-year-old former star replaced the minimal at bats someone like Mark Zagunis wasn’t really getting anyway, and the Cubs took a shot at catching lightning in a bottle. It didn’t play. But, then, when you’re taking that kind of low-risk shot, it usually doesn’t.

By the eyes-on accounts at the ballpark last night, Gonzalez is on his way out:

No official moves by Cubs, but expecting them to call up two arms Saturday. In clubhouse, veteran Carlos Gonzalez was gathered with some teammates. Received a few handshakes and hugs.

Gonzalez hit just .175/.306/.300 with the Cubs after hitting even worse with the Indians earlier on and a couple down years before that. It became painfully apparent that he currently does not possess the bat speed to catch up to even moderately potent velocity, and you just can’t survive in this game without being able to hit 94+ mph in the zone.

Who knows what comes next for Gonzalez is hard to say. Just 33, he’s relatively young for a star to be toast, but unless there’s an underlying injury or skill issue that can be rectified, I don’t know how this isn’t the end.

As for the Cubs, thanks to this move and the Cole Hamels injury, they are going to be adding two arms today – likely pure relievers already on the 40-man like Rowan Wick and Dillon Maples – though one of them will probably be swapped out in a couple days when the pitching stabilizes. I wonder if, at that point, the Cubs use the 40-man spot vacated by CarGo to bring up a non-roster guy like Robel Garcia. We can only hope.

Either way, the Cubs have a very obvious need for another bat or two as we head toward July. It would be nice if Garcia came up and kept raking, or if Ian Happ finally put it together and came up to contribute. Otherwise, the Cubs are going to have to work the trade market.

UPDATE: Procedurally, the Cubs are going the waivers route:

CarGo has been put on waivers by Cubs. if he clears, they’d like for him to go to minors for them. Would be his call.

It would be nice – from a veteran impact/experience/mentorship perspective – if he chooses to stick around, but I don’t know if the ability to actually contribute is going to be there again this year. He’ll be off the 40-man roster for now either way.