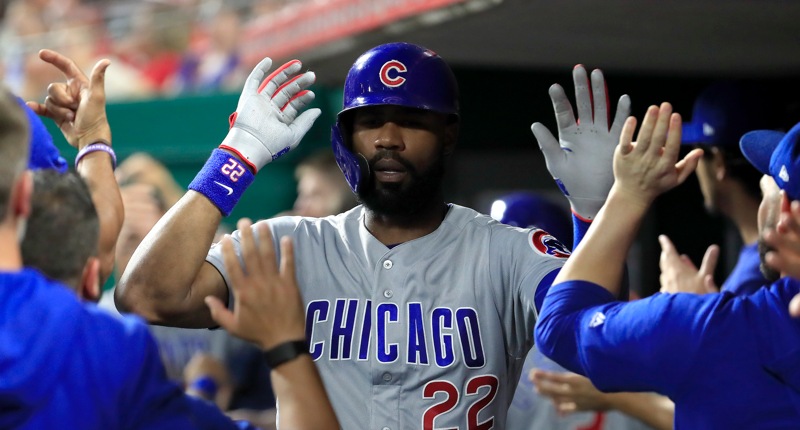 I think I’m going to give some people high fives today. It’s a nice thing to do, and people deserve it.

J-Hey gets us on the board with his 12th home run of the year. pic.twitter.com/tPqIO0BEuH

The Iowa #Cubs are also placing LHP Danny Hultzen on the injured list. Hultzen has tossed 2.2 scoreless innings so far this season.

waking up to the #Cubs still in first place like

The story behind a Des Moines man, @dylan_heuer, founding the Iowa Deaf Baseball Camp, the unique opportunity it provides for deaf and hard of hearing kids and how the @IowaCubs have gotten involved in helping. https://t.co/j1oYamfChd

#Dodgers Joe Kelly was not happy with some official scoring decisions during the 5th inning: "We're in Colorado. It's Denver. Who knows? That guy up there might be (bleeping) high."

Fernando Rodney earned his 1st save as a National, marking the 9th team for which he has notched a save (Tigers, Angels, Rays, Mariners, Padres, Marlins, Diamondbacks, Twins, Nationals). Two others have recorded a save for 9 teams: Octavio Dotel and Goose Gossage. @EliasSports

Brogdon Isn’t the Only Bucks Guard the Bulls Could Be After https://t.co/vF8i9WH33o pic.twitter.com/MxIyqcF9UE