Pedro Strop on Benches-Clearing Incident with Yasiel Puig: "Nothing against him, he’s just stupid.” Skip to content 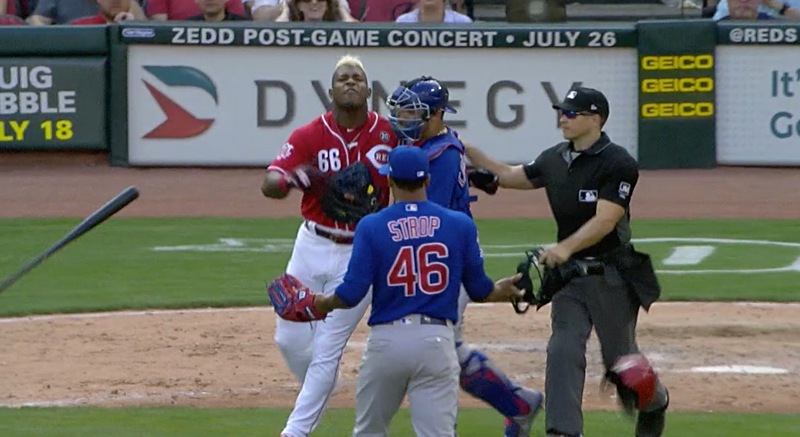 Late in today’s Cubs win over the Reds, there was a bizarre dust-up involving Pedro Strop and Yasiel Puig, as a 3-0 Strop fastball caught Puig in the booty.

Clearly, Puig felt that was an intentional pitch by Strop, which would be bizarre, given that there is no real bad blood (that I’m aware of) between the two. Thankfully, Willson Contreras and Puig’s teammates held him back, because I don’t know what that would have looked like if Puig (big and crazy) had gone after Strop (muscular as hell). That could have been ugly.

After the game, Pedro Strop was still confused by what happened, and dropped some wild – and, sorry, HILARIOUS – comments on Puig:

Pedro Strop was confused as to why Yasiel Puig got angry:

“It’s no secret, he’s stupid. He’s stupid as (expletive). Nothing against him, he’s just stupid.”

Oh my sweet word. That’s wild. And we’ll see where it goes tomorrow.