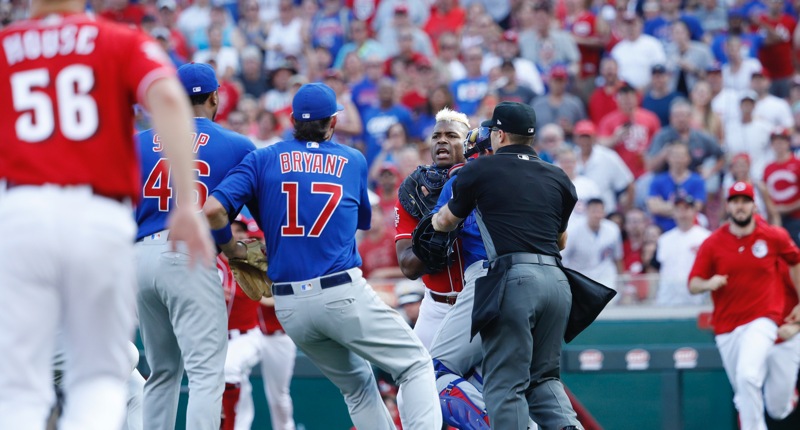 The Little Girl today decided to lift The Littlest Girl into her car seat before a family trip. Despite the names I use for them here, and despite their five+ year spread in ages, they are actually pretty darn close in size. So when this happened, our eyes widened in terror, but you never want to discourage the help – and thankfully, impossibly, she pulled it off. Clearly, The Little Girl is like an ant, able to lift her own body weight over her head or something.

Hitting Yasiel Puig in the batter's box? Not a great idea. pic.twitter.com/IaeeuSvqy1

Mark Zagunis is becoming a problem for the rest of the PCL. He has reached base in each of his first 23 games with the @IowaCubs and increased his hit streak to 11 games with a 2-R double in the fifth inning. Zagunis is now hitting .337 with 2 homers and 11 doubles w/Iowa.

Cashman said “with hindsight” #Yankees should have done MRI in Severino before allowing a throwing program. “Clearly he should not have started his throwing program.” Said still expects Severino to pitch this year.

In baseball there are codes that jealously protect the clubhouse and its members. Sometimes because of it, we neglect to protect others too. #Phillies #Cubs #Mets #MLB @TheAthleticMLB https://t.co/qU7VCAhnnc

Every day I'm impressed that Steve Cishek's arm does not explode. #Cubs