40 Games and 40 Blahs - Why the Cubs Have Been Solidly Under .500 Since Mid-May Isn't Complicated Skip to content 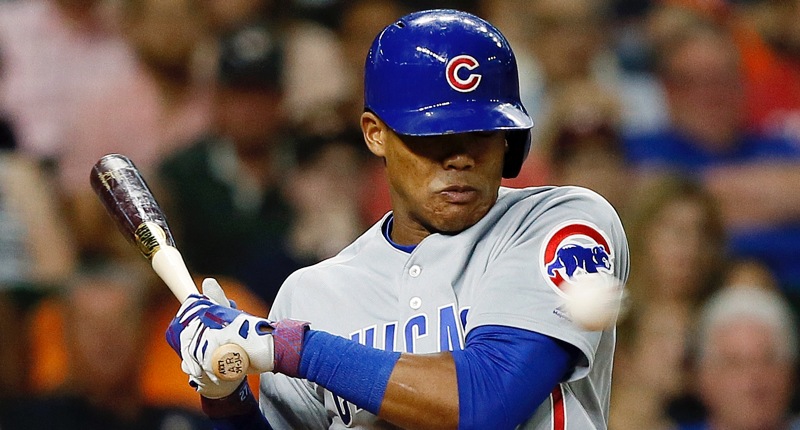 The good news today is the same as it’s been for a month: the rest of the NL Central is flopping around like a dying fish, too.

Otherwise, I have little more than frustration for a talented Cubs team – yes, I still believe the roster is extremely talented – that has now gone 18-22 over their past 40 games. As Anthony Rizzo might ask … HOW:

I also think about a Cubs positional group that includes three deserving All-Stars (Javy Baez, Willson Contreras, and Kris Bryant), one long-time star (Rizzo), and one highly resurgent performer (Jason Heyward), and I wonder HOW it is that the offense seems so bad?

Of course, you know the answer. It’s a combination of several of those guys underperforming for a while, the team as a whole struggling badly with runners on base, and certain spots in the lineup persisting as absolute black holes. How much longer can the Cubs justify giving starts to Daniel Descalso (.182/.282/.266, 50 wRC+), for example? How much longer will the Cubs act as though Albert Almora hasn’t hit .224/.259/.276 (40 wRC+) over the last month+? At least the team finally pulled the plug on the Carlos Gonzalez attempt.

Even still, the Cubs have been a nearly average offensive team during this 40-game stretch (.248/.322/.443, 97 wRC+), 7th worst in the National League. Not good, but certainly not as disastrous as it has felt. Maybe it’s a bad results blip? Maybe. The Cubs have been worse with runners in scoring position (.225/.324/.424, 89 wRC+), 5th worst in the NL. Maybe that’s a fluke that will normalize, and we’ll think they suddenly “figured something out,” when it was actually just typical positive regression?

… well, I tell you what. I would feel a lot better trying to sell you that narrative if the Cubs hadn’t been terrible in batted ball quality in RISP situations during these 40 games. The sixth most soft contact in the NL. The least hard contact. The fifth highest groundball rate. The fourth worst GB/FB ratio. Oh, and just for good measure, they also have the fourth highest strikeout rate with RISP over these 40 games.

Kris Bryant has disproportionately been atrocious over these 40 games in RISP situations, with Almora, Russell, and Schwarber also hurting considerably:

That Kris Bryant number sure sticks out, doesn’t it? More broadly, it’s not a good sign when you have only four guys out of eleven in this group who’ve managed to add positive value in RISP situations!

On the pitching side of things, the story isn’t much brighter, even if it isn’t horrible. Basically, you can pick your poison, and the Cubs’ pitching overall has been pretty middle-of-the-pack over these 40 games – both relief and starting. Not quite bad enough to justify 18-22 on its own, but also not so good that you feel like they’ve been screwed. Pair an average-results offense with this pitching and you’d see a .500 team. Not that it’s much better than what the Cubs have been, and certainly the pitching could stand to perform better. But it doesn’t feel like what has throttled the results.

That’s probably why I focus so much on the RISP stuff. The offense, overall, hasn’t been terrible. The pitching, overall, hasn’t been terrible. But when it comes to sourcing how the Cubs have wound up with an 18-22 record over the past 40 games? It’s because they’ve disproportionately failed to hit the ball with authority (consistently) with runners in scoring position, and they’ve also struck out too much in those situations.

It’s simplistic, but it’s accurate. It’s also not a new conversation when it comes to this offensive core. That’s probably also why it gets more of my focus and frustration. Unfair and a little meatbally? Probably. But it’s where I am, and it’s also where I see the focus this month as we head toward the Trade Deadline.