Bryant's Most Special All-Star Nod, Rotation Optimism Without Hamels, Love for La Stella, and Other Bullets
Search
Skip to content 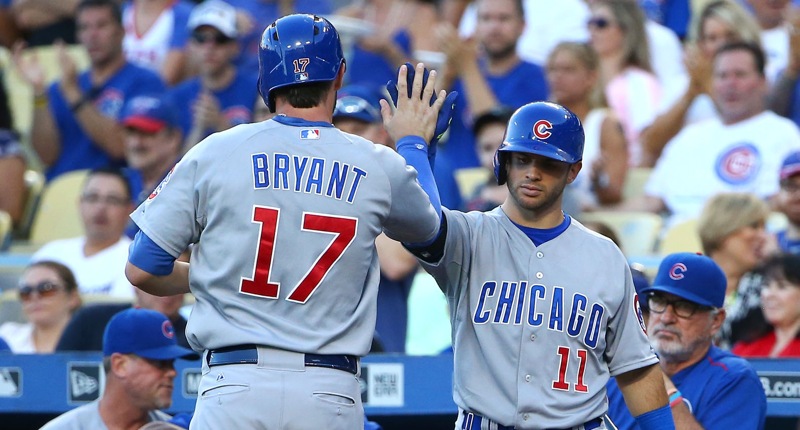 How’s this for a Monday-morning kicker: I’m officially on PEDs.

So, I’ve intermittently mentioned some challenges around the Taylor Family household right now – thanks again for understanding any of my absences, which you’ve hopefully barely even noticed – and although I still am not going to talk about several of them (hoo baby we got a lot going on … ), I do want to share one of them with you. Gents, brace yourselves.

As many of you may remember, I had a vasectomy about two and a half years go. Unfortunately, like a catcher who declines to wear a cup and takes a foul ball to the man bag, I had a complication that resulted in a hematoma (uncontrolled bleeding), which was almost comically painful, and took six months to eventually fade away. It was a party down there, let me tell you.

Since then, for reasons I thought were entirely tied to life-long anxiety issues and external challenges in our life, I have had a variety of mild physical and mental health problems to deal with. Except, surprise! It turns out that, while those issues are undoubtedly still present and a factor, I also have extremely low testosterone, likely caused by the unhappy explosion in my undercarriage. Awesome!

Coming full circle, then, I am now on a testosterone gel supplement thing that will hopefully stabilize those levels into a more normal range, which could help with a whole lot of the crap I’ve been dealing with. I have been suspended for 80 games and am no longer eligible for the postseason, but I think the tradeoff will be worth it. I’m pretty crummy at the dish anyway.

Danny Hultzen let the pressure of being a No. 2 overall pick eat at him so much that he hid the pain he was feeling in his shoulder. Injuries nearly derailed his career, but with a healthy shoulder and a new perspective, Hultzen is on the comeback trail https://t.co/CWn9F0oyQu

Could you possibly discuss this in a more thoughtless, unhelpful way? https://t.co/Tbg1Ur1PjW

Among the Cubs’ 8 offensive positions, they’ve got three All-Stars, one other stud (Rizzo), and one guy performing at his highest level in a half decade (Heyward).

I’d ask how the offense is so bad, but you already know.