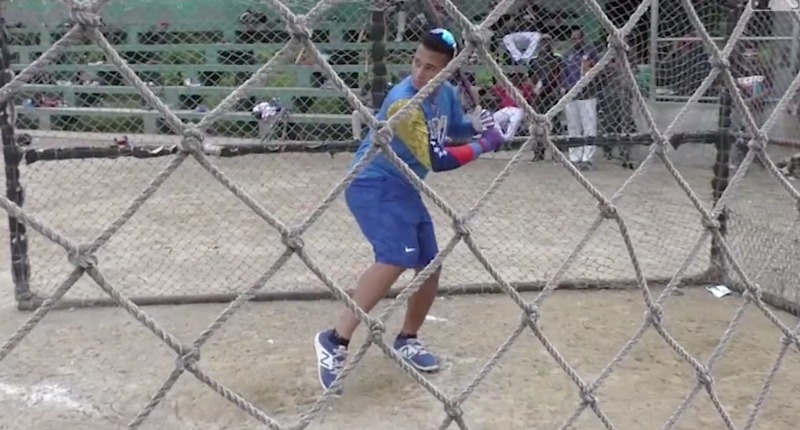 I remember it really well, because we were doing Fourth of July family activities when word started to spread that the Cubs were about to blow past their International Free Agent bonus pool to sign a slew of pricey prospects, including the top two prospects in that 2013 class, Eloy Jimenez and Gleyber Torres. It was not something that teams really did at the time, because it would cost you penalties in future classes, but if you could land enough talent in a single year, it would be worth it.

It was a very buzzy time, and soon other teams followed suit, and the price tags for the top prospects blew up. The Cubs did the trick again a couple years later.

But here’s the interesting thing: Eloy Jimenez, at $2.8 million, remained to this day the Cubs’ largest ever traditional IFA signing.

I say to this day because they just signed a catcher out of Venezuela for $3 million:

Quintero is regarded by MLB Pipeline as the top catching prospect in the class (6th overall), with solid skills behind the plate already and a ton of left-handed power.

Ronnier Quintero is the top catcher available in the international signing period (which opens July 2), and the #Cubs are considered the favorites to sign him.

The 2018 Venezuelan catching group included Diego Cartaya (Dodgers), Francisco Alvarez (Mets), Antonio Gomez (Yankees) and Jose Rodriguez (Rangers), among others. For 2019, here's 15-year-old Ronnier Quintero, a lefthanded-hitting Venezuelan catcher with easy power from left-center over to his pull side.

To have used more than half their hard-capped bonus pool on Quintero, clearly the Cubs really wanted to make sure they got this kid.

Other major signings already reported today for the Cubs:

So, for just those three top prospects, the Cubs are already up to $5.7 million in spending, which is only a bit under their current $6.15 million pool. They could add more pool space in trade (they already added $750,000 when they traded Pedro Araujo to the Orioles), but they could also just look to make hay now with smaller signings. Lots of talent to be found in the $50,000 to $150,000 range.