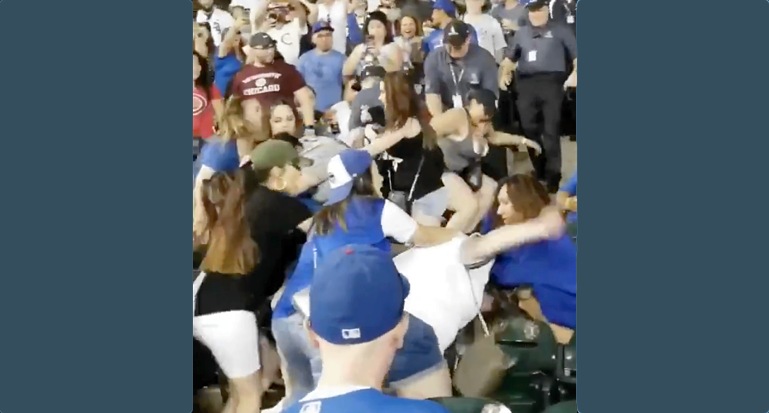 Although rivalries in baseball are a lot of fun, the nature of an intracity rivalry is such that it can get a little more personal than, say, when Cubs fans are dunking on St. Louis for being boring or Milwaukee for being Wrigley North.

So the rumble-in-the-stands stuff has historically been a little more frequent in Cubs-Sox than other match-ups, and unfortunately last night was no exception. And apparently, it was going on so long and so visibly that even Cubs pitchers and players were taking note:

Rizzo turned around and pointed to it before the inning started. And he was still peeking back in between pitches early in the inning, lol. https://t.co/qlicSGdDXK