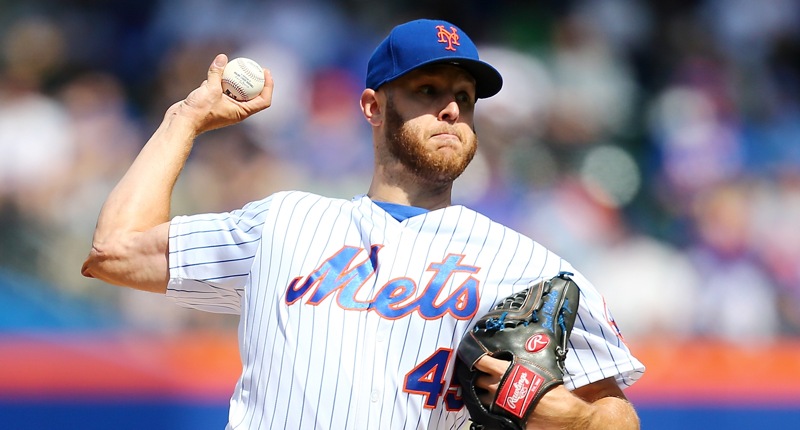 This is an odd one, and I’ll tell you up front that I’m a little circumspect. Since the Cubs had been tied to Zack Wheeler way back when – in the days when it seemed so certain that the Cubs would swap an infielder to the Mets for an arm – this could just be the residue from that.

But, when a New York Mets beat guy writes this, we have to at least give it a mention and a look (emphasis mine): “Zack Wheeler has become a pitcher in high demand, and the Mets have now begun trade talks, according to major league sources. Among the teams who have been in contact are the Yankees and Red Sox, both of whom are interested in Wheeler. The Braves and Cubs are two other possibilities for Wheeler. According to one source, there is significant interest in Wheeler. A trade is not believed to be close with any one suitor, but the Mets have shifted into a more aggressive sell mode.”

On the one hand, it’s not like the Cubs have made a secret of wishing they could get a little more velocity/stuff/etc. into the rotation, and it was a part of the sales pitch on bringing in free agents Yu Darvish and Tyler Chatwood. On the other hand, unless Cole Hamels’ oblique injury is much, much worse than either he or the Cubs have indicated, the starting rotation simply isn’t a need for the Cubs, and certainly not at a level where you’d give up significant talent to bring on a guy like Wheeler.

It kinda feels like the Cubs are being mentioned here for reasons beyond their own actual interest. Mets trying to press the Yankees and Red Sox, perhaps? One of those teams trying to help push the other into an uncomfortable spot? The Cubs allowing their interest to be overplayed in case the Brewers or Cardinals get involved?

Those situations would, to me, make more sense than the Cubs trying to reshape their rotation.

Wheeler, 29, is a pure rental, who is making $5.975 million in this, his final year before free agency. The results have been meh this season for Wheeler (4.69 ERA), but his peripherals look more or less just as good as he very nice 2018 season, and he has incredible stuff. Teams will be very interested, even in spite of his injury history.

Well, again, if Hamels is healthy by the end of July, the rotation is once again full – Hamels, Jon Lester, Kyle Hendricks, Yu Darvish, and Jose Quintana. Is one of those guys getting bumped for Wheeler? Well, even if you *would* bump, would you *go out of your way to TRADE for Wheeler* to make that bump happen? Outbidding much needier teams in the process?

I just don’t see it. Heck, if the Cubs make a trade involving starting pitching, I think it’s more likely they’d trade away a guy like Tyler Chatwood or Mike Montgomery (as a starting pitcher) than acquiring someone. No, if there’s a high-octane arm to be added to the rotation in the second half, I suspect it’ll once again be Adbert Alzolay.

The Cubs’ additions figure to be in the positional group and in the bullpen. Maybe if you reeeeeally stretched your thinking, you say the Cubs just love Wheeler’s stuff, and want him because you never know what happens in the second half and he’d be a great arm to have in the postseason in whatever role. Figure out the rest later. I mean, I guess. But again, it’s not just a question of “do you want Wheeler?” It’s a question of do you want Wheeler so much that you’re willing to outbid many other teams that really, really want Wheeler and really, really have an obvious need in their rotation.

A reminder that we’ll be tracking this stuff like crazy this month, leading up to the Trade Deadline when I go really nuts:

You can make me go nuts at the Trade Deadline for a good cause! Great start so far for @MakeAWish!