Positive Update on Cole Hamels, Who Will Lightly Throw Today Skip to content 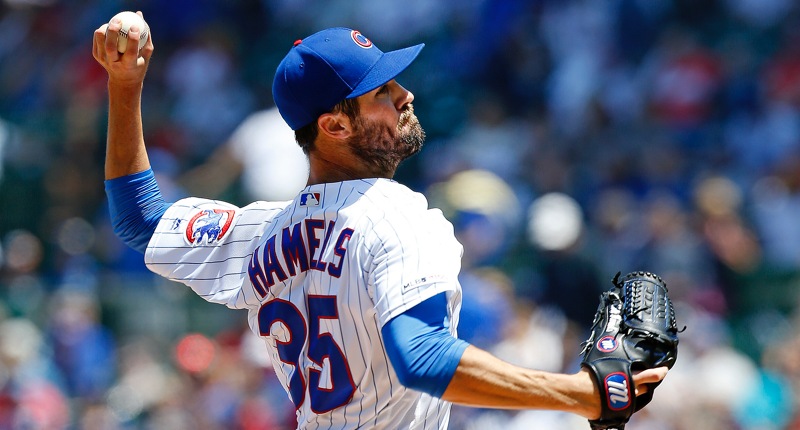 Cubs starting pitcher Cole Hamels, who had been on a serious roll, strained his oblique two weeks ago in Cincinnati. The timeline for returning from that injury is extremely wide, with some guys missing only a few weeks, and some guys missing upwards of two months (like Hamels a couple years ago when he badly strained the other oblique).

It’s not going to be just a few weeks for Hamels, but it does seem like things are tracking toward a return sooner than a worst case scenario:

Cole Hamels (oblique) to throw off flat ground today. No exact timeline yet but he’s feeling better. Should know more after he throws.

Contreras getting extra rest, will start next three games. Garcia to start in two of three games vs. Pirates. Hamels felt very well prior to break, Maddon said. “Today will tell us a lot.”

So, with a bunch of rest – and the smart move to pull himself from the game before it got worse – Hamels is clearly feeling good enough to do some light throwing today. That’s a good sign.

Ramping him back up from there is still a bit speculative, as Maddon quite rightly points out that today will tell a lot. But it’s not impossible to imagine a few times throwing the next few days before he tries it from the mound sometime next week. If it plays out like that, could we start envisioning Hamels back before the end of this month? Yes. At *that* point, it would be realistic.

So, all eyes on his throwing session today.