Bryant's Baserunning is a Love Language, Strop's Situation, Gore Available, and Other Bullets Skip to content 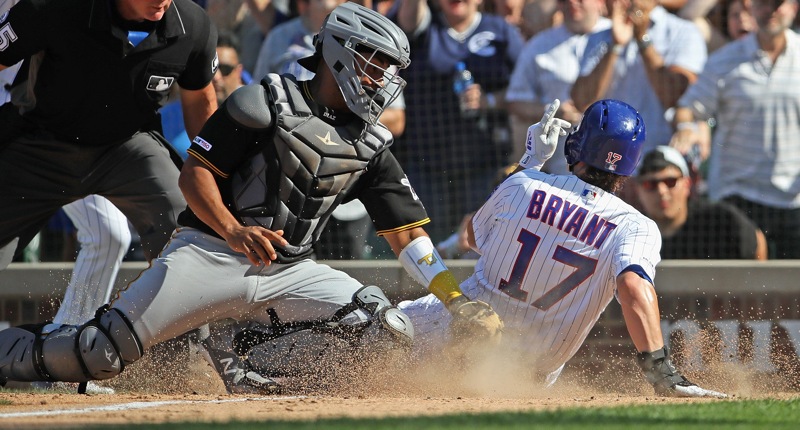 Despite the previous drama in Pittsburgh and Joe Maddon’s suggestive words, there were no extracurricular issues in yesterday’s game with the Pirates. Good.

Just fantastic quotes from Kris Bryant and Joe Maddon about baserunning, secondary leads, and how it is actually all about doing the right thing for your teammates. https://t.co/37MoSeQ9Lh pic.twitter.com/Gm52LTv1bw

Most baserunners are clustered around the "very little impact in either direction" in the NL, but it's interesting to see the guys at the very bottom of BsR. Much love to Tony, but his placement here is not a surprise. pic.twitter.com/XOcA8T4YrD

Long-Term Plan Doesn’t Mean Bulls Have to Sit On Their Hands https://t.co/XctCmyxku4 pic.twitter.com/YNc9Vbv6QZ

Please help! We're raising money this month for @MakeAWish @WishIllinois so that kids like Lyle and his family can do things like this. @Cubs #BNBlogathon

Please go here to help do some good (and also make me go real crazy at the Trade Deadline): https://t.co/dgiMRPJI8a pic.twitter.com/fhDf5fcjm6