Hey, the Cubs Have Tied Their Largest Division Lead of the Season Skip to content

I don’t think you can say there aren’t still concerns about the Cubs’ inconsistent offense or certainty in the bullpen just because they came out of the break with a sweep.

But I do think it’s fair to credit the Cubs for responding right away when the opportunity arose to take a break, get some rest, and reset. Things can still go sour as quickly as they’ve gone sweet, of course. For now, though, the Cubs managed to come out of the break and build their biggest division lead of the season (tied) in just one series: 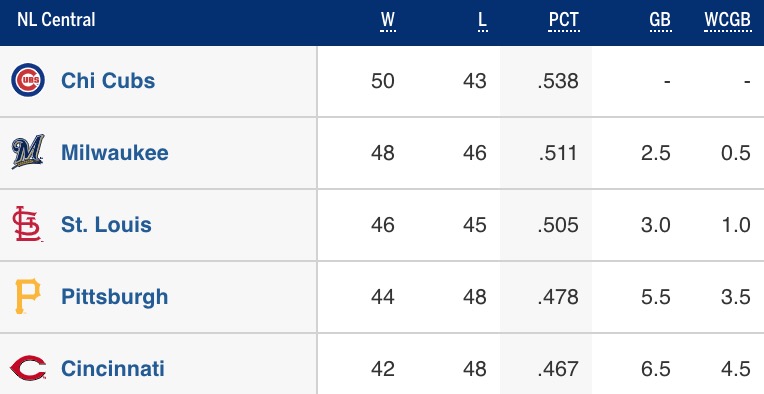 The Cubs will now host a much-better-than-their-record Reds team, and three starting pitchers – Luis Castillo, Anthony DeSclafani, and Sonny Gray – who could all own on any given day. But they’ve got a teeny, tiny cushion built up. It’s a start.