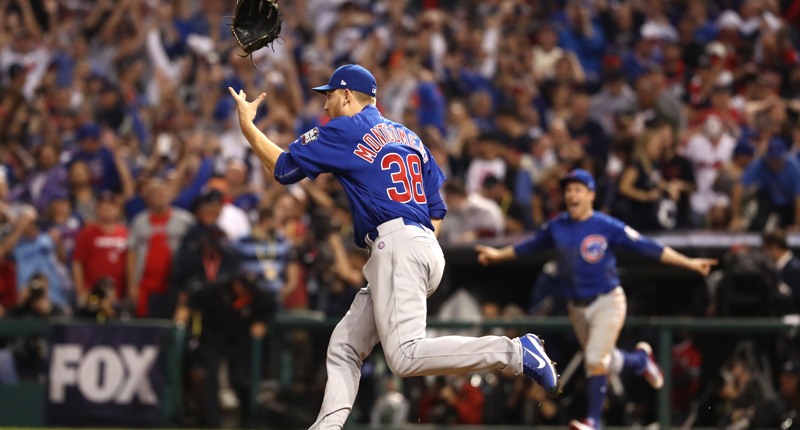 In case you missed it last night, the Cubs dropped a sloppy one to the Reds at Wrigley Field … then made a fairly significant trade with the Kansas City Royals … and then put Willson Contreras on the Injured List.

It was a busy night.

You threw the most important pitch in Cubs history and we will be forever grateful for what you helped bring the city of Chicago.

Montomery on emotions of leaving and remembering final out of World Series pic.twitter.com/qaGH3V4orc

Jason Heyward calls the support he received from #Cubs fans amid his struggles in first few seasons in Chicago "unbelievable."

"Still feeling that same love, it's not new to me," Heyward says as he's authoring his best season with Cubs. "I'm humbled … It feels super genuine."

Surely you don't have any tweets criticizing his baserunning within the last few days.

After tonight's gem, here is the season line for @IowaCubs RHP Colin Rea with league ranks among active PCL pitchers in parenthesis..

I think she enjoyed the @Cubs game pic.twitter.com/vkLVEdeGe5

In his first appearance on Sports Feed Monday to represent the new @BN_Bulls, @Schuster_Elias talked about a number of topics on the team's offseason with @Josh_Frydman. Watch his segments here: https://t.co/ugqTgQt2g3 pic.twitter.com/NWeEoVOwsD