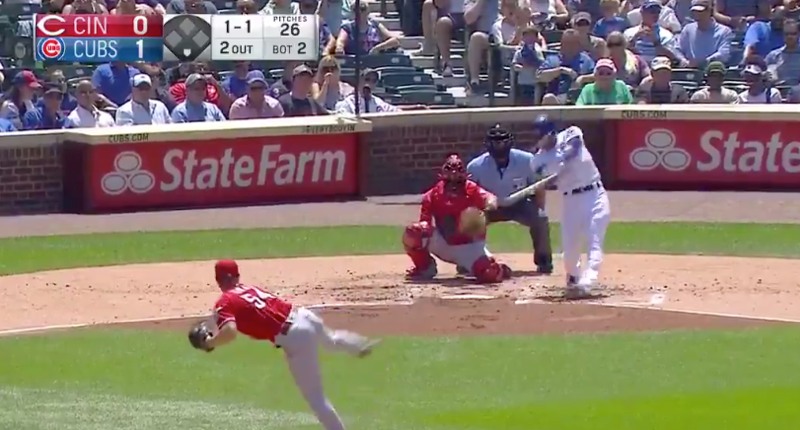 Kris Bryant hit his 20th home run in the bottom of the first inning, and an inning later, Addison Russell joined him to extend the Cubs lead.

The #Cubs have 20 home runs over the last 10 games dating back to July 3. pic.twitter.com/HooLDA1g2U

That homer was 102 MPH off the bat and traveled 389 feet. That was Russell’s 6th of the season and put the Cubs up by 2.

Even more impressive, as the Cubs Twitter account points out, that was the team’s 20th home run over the past ten games. Yeesh!