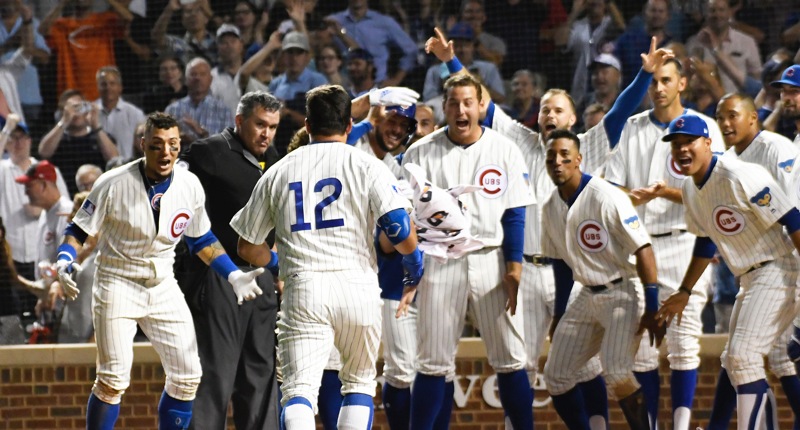 The Family is headed back home after our adventure in the Smokey Mountains, including a visit from a friendly bear.

(This one was our favorite) pic.twitter.com/LzEQI4T99B

"I was actually trying to single up the middle. Got under it a little bit. …

"That's something you always want to check off your bucket list."#BasketShotBucketList

His walkoff tonight — his first walkoff of any kind — was an oppo blast to the basket.

Over the last six seasons, there have been FOUR #Cubs to hit 3 or more HR in their first 9 career MLB games

Here's Heyward high-fiving the fan down the right-field line. Unfortunately, no down-low, too-slow was included. pic.twitter.com/hTEvJ7aV5L

I should say: Underwood has been up to 97 as a reliever in previous outings. But it’s my experience in watching him that the success with him specifically isn’t tied to velo, it’s tied to finding hitters that bite on the change.