ANTHONY “GRAND SLAM” RIZZO DID A THING Skip to content 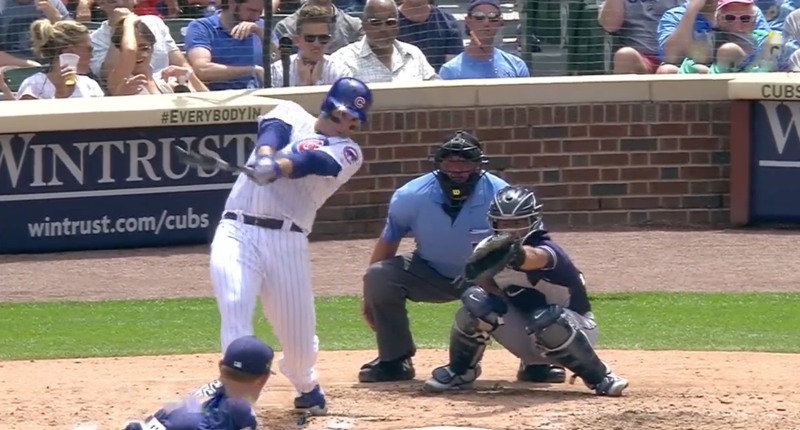 After rocketing up the leaderboards with 19 blasts by June 15th, Cubs first baseman Anthony Rizzo hadn’t hit a home run in over a month. Until today. But you know what they say, good things come to those who wait.

Check out Rizzo’s two-out, opposite-field, go-ahead home run … his 20th of the year:

That ball left Rizzo’s bat at 99 MPH and traveled 366 feet … just enough to wipe out the Padres 3-0 lead and give the Cubs a one-run lead of their own.

UPDATE: A shot from the crowd …