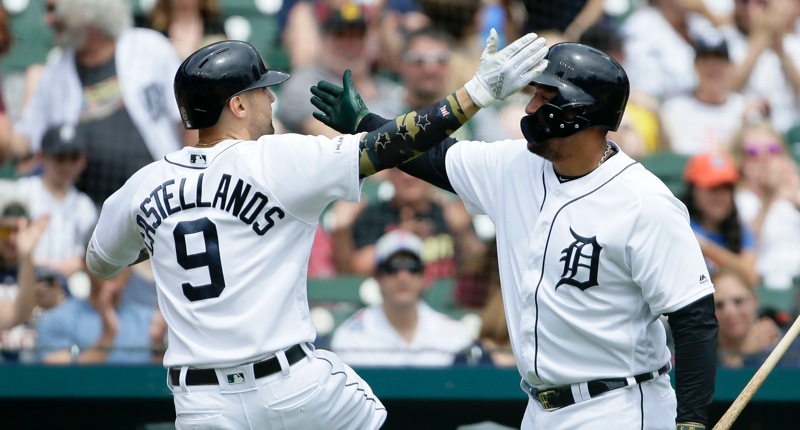 Today, for much of the game, the Cubs looked pretty punchless against lefty starter Eric somethingorother.

It was a variation on a theme we’ve seen all seen, so much so that Joe Maddon said this *before* the game:

Maddon acknowledges Cubs' struggles vs. LHP this year. "We've been terrible. We have to be better."

The reality is that many of the Cubs’ would-be-regular righties are simply not hitting at all this year, let alone specifically against lefties. That leaves you with lineups like today’s, which featured Albert Almora, Addison Russell, David Bote, and Martin Maldonado, together with the pitcher (today, a lefty). Oof. Good reasons to play those guys for defense? Sure, I suppose. But a fearsome group to opposing lefties? Not so much.

And there aren’t right-handed-hitting reinforcements on the way internally. There doesn’t seem to be a belief that Mark Zagunis can be that guy right now (if ever), and the only other righty outfielder at Iowa is Johnny Field (*the* Johnny Field). Notably, even if the Cubs bring up Ian Happ or get back Ben Zobrist, they are switch-hitters with some recent history of being markedly worse on the right-handed side.

That is all to say, when I see an otherwise very innocuous report like this, I take note:

The rubs with Castellanos are his stone glove (he will absolutely not add to your corner outfield defense quality), and his presence as one of the few quality rental bats on the market. Even teams looking for lower-priced options may not find one.

In theory, finding a pure lefty-mashing corner outfielder shouldn’t be the toughest thing to source on the trade market, especially in a rental trade, but so many of the seller teams have outfields full of younger guys and/or lefties. The *obvious* options that fit the profile are not as plentiful as you’d expect, until and unless some non-sellers start selling. (Heck, if the Cubs wanted a little more flexibility and team control, maybe they could go across town and get someone like Leury Garcia, who can play all over the outfield, and is a switch-hitter who *IS* mashing lefties.)

That is all to say, even if Castellanos is more of an everyday type, he still might be your best target. Not only does he lock down a spot in the lineup against lefties, he also provides additional starting-caliber outfield depth, as well as the ability to give more days off to the other outfielders.

Financially, he makes just $9.95 million this year, his final before free agency. Even the budget-tight Cubs should be able to take on most of his remaining contract. As far as the prospect cost, yes, it would be guys you’d miss. But historically, top rental bats have been surprisingly economical at the deadline, with the return typically looking like two to four very good prospects in a team’s system, but not really top 100 types.

Let’s just keep an eye on this guy, shall we?