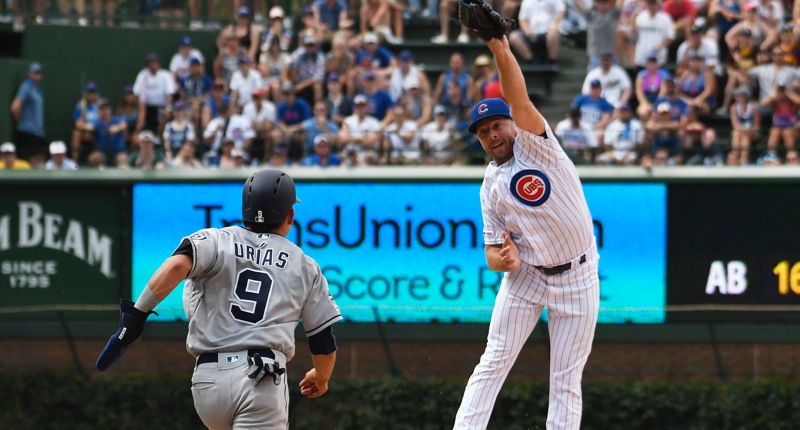 Brandon Kintzler pretty clearly rediscovered his form in the offseason, and although he recently had a loooong scoreless streak snapped, he started a new one with a scoreless frame yesterday.

But pitching a scoreless inning wasn’t the most impressive thing he did. Instead, it was having the presence of mind to cover his teammates in a critical spot:

I’m sure that’s something you talk about at SOME point in your career, but I’m also quite sure it’s something you hardly ever get to see play out: a pitcher covering second base on a pop up, leading to the ole 8-1 putout.

The Cubs can show this one on a loop throughout the organization for an example on how simply being in the moment, head in the game, can lead to tangible results for the team. That play simply should not have played out like that, but Kintzler did his part to make sure it didn’t hurt.