Another Reported Trade Target for the Cubs? Outfielder Jarrod Dyson Skip to content 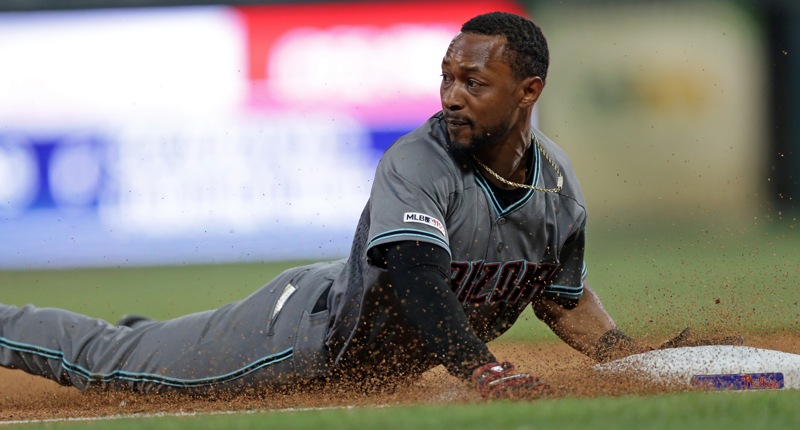 You know what? I kinda like it. Or maybe I just can talk myself into it.

The latest from The Athletic’s crew digs deep on the Cubs’ potential to add this trade season, particularly on the positional side. It comes with a couple names we’ve dug into before, and one we have only barely mentioned:

Sources: The Cubs are tracking Nick Castellanos…and Jarrod Dyson and Eric Sogard and the bullpen market ahead of what will be a challenging trade deadline for Theo Epstein's front office. Story with @sahadevsharma and @Ken_Rosenthal: https://t.co/RdmvC8DOX0

Great read right there. And for our thoughts on the other two guys: lots of Castellanos talk here and here, and Sogard thoughts here and here.

Ah, but about Jarrod Dyson. Interesting.

The soon-to-be 35-year-old outfielder is a pure rental (making $4 million this year before heading back to free agency), and at .254/.335/.369, he’s pretty much having his standard offensive season again (86 wRC+) after falling off of a cliff last year. No one should operate under the assumption that Dyson is an *impact* bat like Nicholas Castellanos. He’s not.

Instead, what Dyson could be for the Cubs is simply a significant upgrade over the production they’re currently getting in center field, and he would come without forcing the Cubs to dramatically decrease the effectiveness of their outfield – Dyson might not be Albert Almora, but he’s quite good out there. Dyson also provides you an additional baserunning threat. And even with his modest production, he’s hitting circles around Almora, who has been one of the three worst hitters in baseball over the past calendar year. If you’re looking for a very inexpensive, realistic way to upgrade the Cubs’ outfield and bench? Dyson is it.

With Dyson in tow, the Cubs could moderate their reliance on Almora as an everyday starter, and then they could also throw out arguably the best late-game outfield defense in baseball (Dyson-Almora-Heyward … my God).

To be sure, the context of my interest in adding Dyson is mostly a comment on the dire depth situation on the Cubs’ bench, and in the lineup. The fact that I’m so confident he’s an improvement is less a statement about Dyson being awesome (he’s solid and useful, not awesome), and more a statement about how much I feel like the Cubs need to find *SOME WAY* to add to the outfield/bench.

Some things to note on Dyson: although he’s mostly split-neutral as a lefty batter, he has actually played almost exclusively against righties this year, so he probably isn’t going to be a guy to improve the Cubs’ performance against lefties. For whatever reason, he’s absolutely STUNK at Chase Field this year (it has become a pitcher-friendly park in the post-humidor era (thanks, Jeff)), and raked on the road. Probably meaningless, but just for what it’s worth. His expected data has him as a “should be” performing worse guy, but that’s almost entirely because of his slugging being higher than expected – with good speed guys, sometimes you do see a little more slugging than you’d expect based solely on launch angle and exit velocity. It could also be partly because he’s already at a career high in homers (6) … maybe he’s a guy who is really benefiting from the juiced ball, turning a few doubles into wall-scraping homers.

None of that there should change your perspective on Dyson, in my opinion. For me, that perspective is pretty simple: if the options are do nothing or get Dyson, it’s pretty obviously GET DYSON. If the options are go for Dyson or go for a really impactful bat like Castellanos at a steeper prospect cost? I’d probably steer toward Castellanos, even knowing that it gives you a truly dreadful outfield defense at times.

Dream scenario? Add Dyson *AND* Castellanos! I only half joke, because I know the Cubs could absolutely easily do it from a prospect-cost perspective. The question is whether they could absorb another $5ish million in salary. As Sharma and Mooney indicate, the answer to that is no. Which would mean paying more in prospects, trading away salary, or getting special permission from ownership.