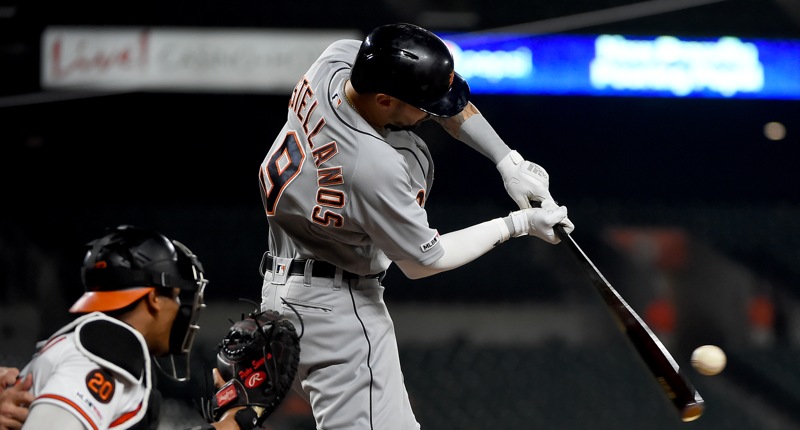 Although he’s not the only positional target for the Cubs – indeed, there are *SOME* ways in which lesser guys like Jarrod Dyson or Eric Sogard are equally interesting fits – it’s not a question that Nick Castellanos is the biggest impact rental bat available to the Cubs this trade season.

The question is: how much would the 27-year-old outfielder actually cost the Cubs in trade? It’s easy to think in the abstract about “best bat on the market” and things like that, but two months (and $4 million) of a guy who crushes lefties, is solid against righties, and is brutal in the outfield … what does that run you?

Well, fortunately, we’ve got some guideposts from recent trade deadlines to hint at what a good rental bat could cost, and it’s probably less than you think.

Some recent rental bat trades, with a rough description of the cost:

Castellanos, when considering his total value at the time of the trade, probably slots in somewhere closer to the Moustakas/Dozier range than the Martinez/Machado range. His position as perhaps the top bat available gives him a boost, but as you can see, it is simply not reasonable to think that any of the Cubs’ top 100 type prospects (or even near top 100 types) should be in the discussion. That means no Nico Hoerner, no Miguel Amaya, no Brennen Davis, no Adbert Alzolay, and probably no Brailyn Marquez or Cole Roederer types either.

Castellanos would definitely cost you prospects you know and like. But recent history – and the value a guy like him can realistically provide in two months – tells us the return should not hurt as badly as other trades the Cubs have made in recent years.

Of note, Dan Szymborski recently offered up a bunch of hypothetical trades for fun and instructive purposes, and the return in a Castellanos deal was infield prospect Zack Short. That’s a guy I really like, and whom I believe has a big league future – he hits for power, can play all over, and has produced at every level up through the system. He’s probably in the 8 to 15 range in the Cubs’ improving system right now.

To be sure, a player “costs” what the market will bear. It’s entirely possible that so many teams will want a good bat that this year’s market will look nothing like years past. But if it does, you should be rooting for the Cubs to pull the trigger on whatever deal they can pull off for Castellanos.