PLEASE: Kris Bryant (Knee) Intends to Play on Friday Against the Brewers Skip to content 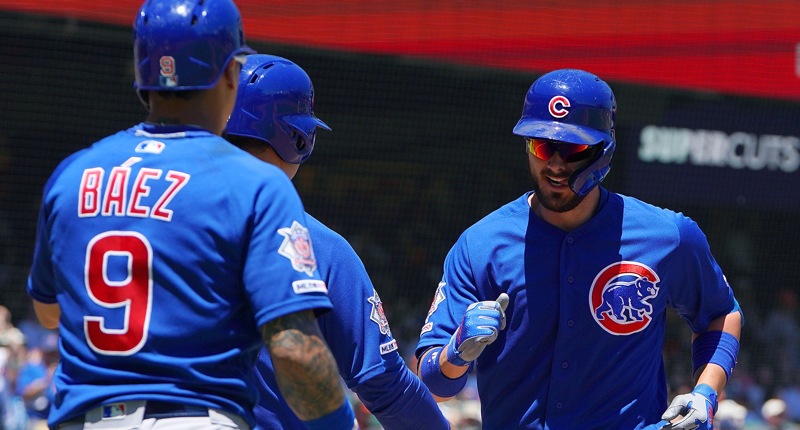 I’ll cop to it: when I saw that Kris Bryant had been removed from today’s game, and then saw the replay of his final, just-barely-wincing swing, I feared the worst. Specifically, I feared that it was his 2018 shoulder issue, back to haunt us all. And just as the guy was reaching the hottest point of his career! Heck, he’d already homered in the game!

… but it wasn’t the shoulder! Turns out, Bryant actually tweaked his knee *before* the game, after it had been bugging him:

Kris Bryant said he got his cleat caught in the turf taking indoor batting practice before the game and tweaked his knee which has been bugging him. Says he'll be in there Friday.

You can always forgive a player for being optimistic in the moment, and we’ll see how he feels after a plane ride and an off-day, but this is still pretty freaking fantastic news given what we were fearing.

Tentatively, you can expect a not-quite-injured Bryant back in the lineup for this weekend’s huge series in Milwaukee.