Ian Happ Will "Likely" Replace a Reliever, But It's Not Clear Yet Skip to content 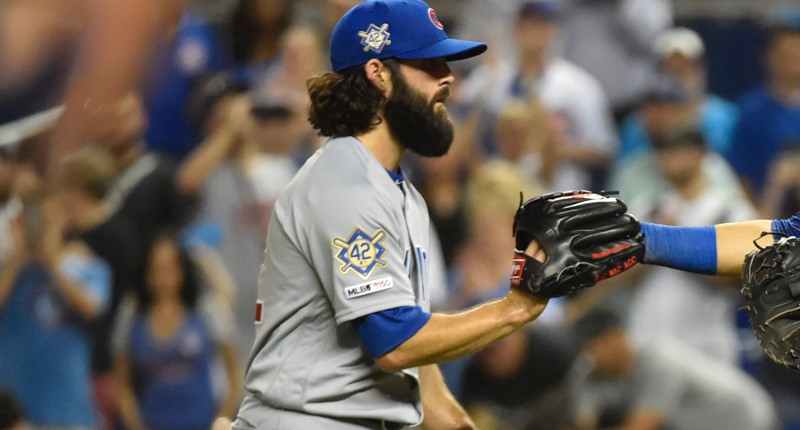 You haven’t heard a lot from me today, because I’ve been out celebrating the return of my all-time favorite Cub, Ian Happ, to the big league team.

Alright, that might be a bit of an exaggeration (he’s like, my second favorite Cub of all-time tops) – but I can’t say I wasn’t happy to see my prediction from July 16th (suggesting a promotion was due within roughly two weeks) come true within 9 days. Is this coming off like a brag? I hope so.

Anyway, while we’ve heard that Happ is, indeed, coming up to the big league team before tomorrow’s series opener against the Brewers, we haven’t heard much in terms of the corresponding move. According to Jed Hoyer, that’s because Happ’s promotion leaked out before the Cubs either (1) decided who would be the odd man out or (2) were able to let that person know.

Obviously, from a position player standpoint, a demotion for Albert Almora Jr. or some other move involving Daniel Descalso could still happen, but it sounds like it’ll be for a reliever.

NOTE(s): David Bote is now the backup shortstop, so he’s not going anywhere. Kris Bryant is not expected to need an IL stint after being removed from yesterday’s game. And I think Victor Caratini is still safe on this roster for several reasons.

So let’s take a look at the bullpen and consider the options:

As you can see, the Cubs bullpen is currently nine arms deep, which is one more than they usually roll with (Tim Collins was called up, when Addison Russell was sent down), so this does make the most sense. But it’s not exactly that easy. If the Cubs drop a reliever, they’d still have 8 arms in the bullpen, HOWEVER, Tyler Chatwood is probably unavailable after his surprise start yesterday, so dropping a reliever could leave the Cubs with just seven bullpen arms for most of the weekend series against the Brewers.

Even still, Tim Collins – as the last man up and second lefty in the pen – strikes me as the most obvious candidate (especially since Kyle Ryan has established himself as a useful lefty out of the pen), but Rowan Wick could be called upon, as well (I will point out that Wick recently came in for some praise from GM Jed Hoyer, so …).

I had hoped that the Brewers lefty/righty splits might help reveal the answer, but unfortunatly, they’ve been pretty split-neutral as a team this summer:

In any case, I’d still guess the Cubs will drop a reliever when the Happ move becomes official, and it’ll either be Tim Collins or Rowan Wick.