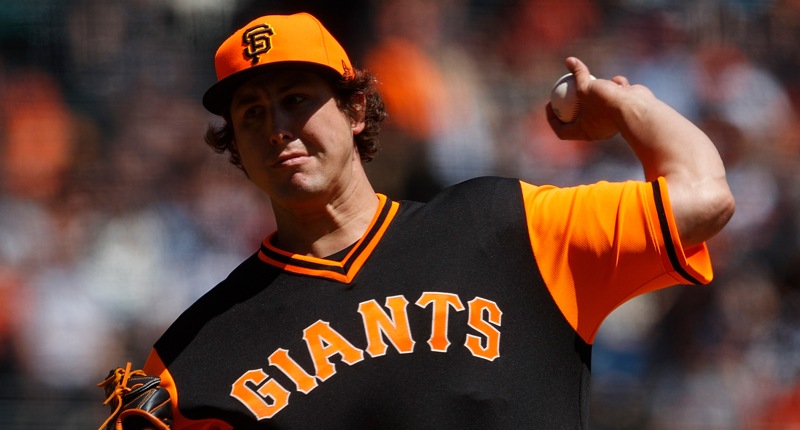 It’s a trade! The Cubs did a trade! Well, kinda.

To make room for Holland on the 40-man roster, LHP Tim Collins has been designated for assignment. pic.twitter.com/fhp8ZHBQjb

This is just a cash transaction, and the weird phrasing there is likely because Holland’s deal, which pays him $6.5 million this year, also comes with a team option for $7 million in 2020 with a $500K buyout (which can go up to $1 million if he becomes a starter again). For now, you can just think about it this way: the Cubs acquired him by agreeing to pay some small portion of his salary.

Holland, 32, has peppered his career with really good seasons and really awful seasons, almost alternating them annually. After a surprisingly good 2018 season with the Giants mostly as a starter, Holland crashed this year, falling out of the rotation after just seven starts.

If you want to put a positive gloss on what Holland has been overall, it’s this: since his final appearance in May (let’s call it some time to adjust to his new life in the bullpen), he’s posted a 3.91 ERA and decent peripherals. In fact, the only thing keeping his ERA even that high was a 22.2% HR/FB ratio … but it’s only four homers, and two came in his final appearance with the Giants. Maybe he knew the end was nigh. That’s a very good and full Giants bullpen, so it’s not a surprise that they didn’t have a great fit for a LOOGY.

The main reason the Cubs wanted Holland, though? Even in a down year, he’s been absurdly good against fellow lefties: .182/.276/.195, with a 75.9% groundball rate. Good Lord. Just keep doing that against lefties, man, and you’re useful.

We’ll have more on Holland soon, but the upshot is he’s a guy who gives the Cubs a LOOGY option for now, and also provides cover if they don’t manage to add a quality lefty reliever over the next five days. He’s also a goofy dude who might be fun in the clubhouse. Oh, and he’s a former long-time Ranger, so obviously that fits the Cubs’ acquisition MO.

For now, Holland is on the 40-man, but not the 25-man. It’s likely that’s just a logistical issue, and he could arrive as soon as tomorrow.