Happening: Ian Happ is Happy to Be Helping in the Big Leagues Skip to content 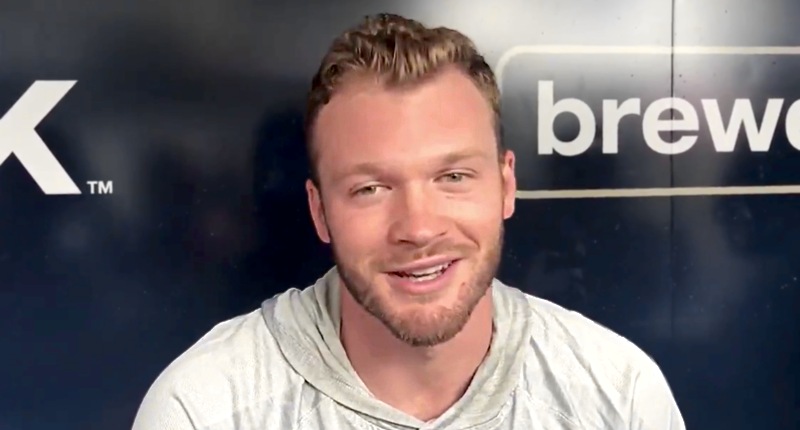 Ian Happ is finally back with the big league Cubs, returning to his mates after a four-month detour to improve his game at AAA Iowa. It’s going to be good to have a versatile switch-hitter added to the rotation, even if he’s not a regular starter at this point. Of course, if he hits, he’ll play.

Although it may have seemed odd at the time, and it lasted perhaps longer than expected, it was not altogether unique among Cubs positional prospects. Javy Baez came up to the big leagues, and went back down to work on things at one point. Ditto Kyle Schwarber. Ditto Anthony Rizzo. Ditto Addison Russell. It happens.

But now Happ is back, and he met with the media before tonight’s game against the Brewers to talk about a range of things, including his demotion, his adjustments, the good people at Iowa, and his eagerness to be back with his guys:

Ian Happ will make his season debut tonight in Milwaukee and discussed what’s been the biggest difference for him the last couple wks, the emotions of being back & how important this stretch of a will be for #Cubs. pic.twitter.com/9BHv2RCSe5

Ian Happ on whether he expected to be called up by the Cubs, and on his uptick in production over the past few weeks with Iowa… pic.twitter.com/Uz4tZdCibz

Happ just spoke before his 2019 Cubs debut, said he's just happy to be here with the guys again and give everybody a hug.

He feels like he really turned a corner at the plate with his approach the last 3-5 weeks in Triple-A Iowa and also believes he made some improvements in CF.