El Mago Can Pull Outs Out of His Hat, or Out of Steve Cishek's Backside
Search
Skip to content 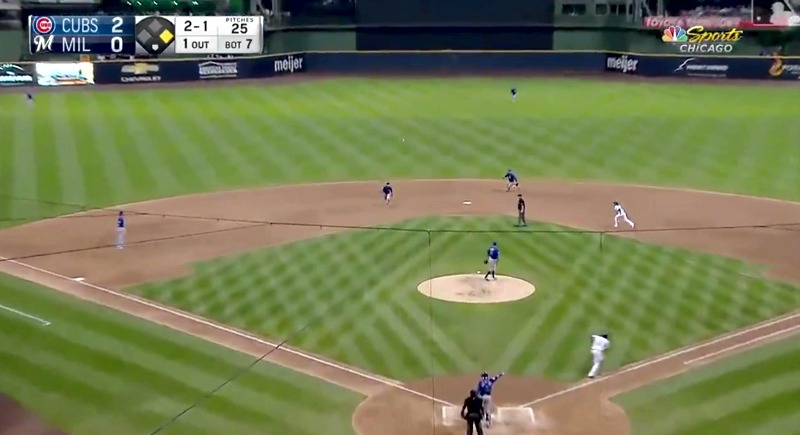 At the time, it seemed like a huge play. Well, I mean, I suppose it was a huge play … it’s just that it didn’t matter in the final accounting. The Cubs lost. All good plays are rendered null and void.

Oof. I guess I’m still feeling dark about last night’s loss. In any case, I wanted to praise Javy Baez for a stellar play last night in a big spot, turning nothing into an out (with a hat tip to Steve Cishek’s posterior):

The presence of mind there not only to track the ball – most guys would do that – but to know that he had absolutely no chance to get Lorenzo Cain if he let that ball bounce. That’s the impressive part. If Baez can’t get to the ricochet on the fly, that’s a hit for Cain, and maybe the Cubs lose the lead that inning rather than the next.

Which, perhaps, would have lessened your pain slightly. I don’t know. Maybe this was actually bad now that I think about it. Still feel dark.