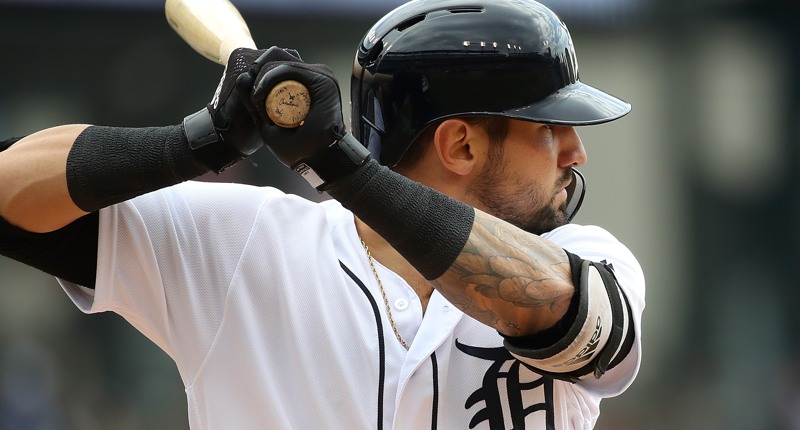 Last night, Gio Gonzalez held the Cubs hitless through 5.0 innings, before allowing 2 hits and 2 earned runs in the 6th. One of those hits was a homer, sure, but the other knock (the first hit of the night) was a softly hit grounder that didn’t even leave the infield. Kris Bryant added a third hit off Gonzalez later in the game (a weakly hit line drive single) and that was it for the Cubs. A whole lot of nothing against yet another lefty.

After last night’s dud, the Cubs offense has a combined 93 wRC+ against left-handed pitching this season, which ranks among the bottom-half of the league (17th to be exact). They actually fare well against righties (105 wRC+, 7th) and that’s probably only going to get better with Ian Happ and Robel Garcia taking more at-bats away from Albert Almora Jr. and Addison Russell, but their struggles against lefties are deep and debilitating. This is a lineup that *should* be crushing lefties. Clearly, they need a boost.

So with that in mind, let’s check in on the latest rumors surrounding the Cubs and the market’s available bats.

The Tigers are “virtually certain” to trade Nicholas Castellanos at the trade deadline and, as we’ve discussed, the Cubs are among the apparently small group of interested parties (the Phillies have also shown interest, according to some rumors). But although Castellanos can really hit lefties (177 wRC+) and has been excellent on the road (134 wRC+), he hasn’t been all that good against righties this season (96 wRC+) and has been unusually bad at home (87 wRC+).

Of course, if that were it, I wouldn’t really mind. Unfortunately, Devan Fink discovered something even more concerning: Castellanos crushes fastballs … and that’s about it. You’ll have to check out the post for greater detail, but, in short, Castellanos is doing a TON of damage against fastballs this season and has been alright against curveballs, while his expected production against changeups is terrifying low and his actual *and* expected production against sliders is god-awful. Combined with his splits against righties … well, suddenly … for the “best bat” available on the trade market, there sure are a lot of warts.

David Peralta was the first Arizona Diamondback linked to the Cubs this rumor season, but Jarrod Dyson’s name has popped up more here lately. And Jon Heyman made the connection explicit again last night:

Jarrod Dyson drawling a lot of trade interest. Cubs and others. Again, Dbacks not yet a committed seller.

We’ll have to see if the Diamondbacks become sellers, but I can’t imagine they won’t be. They have exactly 0% chance of winning their division and are behind FIVE teams in the Wild Card race, sitting .500 a couple days before the deadline in the season after they traded Paul Goldschmidt. They’re either selling or they’re dumb.

Dyson – a left-handed hitter – isn’t all that enticing as a bat, as he’s got just an 84 wRC+ overall. And although his production against lefties is better – .310/.394/.310 (96 wRC+) – it’s still below average. And he’s got regular splits for his career, which means he’s not all that likely to help the Cubs against southpaws. He does have 23 stolen bases and is a very good baserunner and defender – so as that guy, you’d take him on your bench – but he is not properly thought about as a big bat addition.

Anytime the Rangers have an available player at a position of need for the Cubs, we have to pay attention, because these two teams love dealing with one another. So Danny Santana’s availability is something on which we’ll want to keep an eye.

Sources: Toronto’s Eric Sogard and Texas’ Danny Santana are among the super-utility players drawing interest across @MLB, as teams (so far) have been unwilling to meet the high price on #Royals All-Star Whit Merrifield. @MLBNetwork @MLB

Well, maybe. According to the Star-Telegram, the Rangers have heard only from a few teams regarding Santana, who’s cheap and still on the right-side of 30, and have not yet seriously engaged any clubs in trade talks. They also report that Santana could/should be in the Rangers long-term plans. Is it possible the Texas-based publications is being used to create a bit of leverage on the market? Of course. But it’s also possible that they really do want to hold onto him. And it’s going to be difficult to agree on the value of guy who broke out so late in his career (career 89 wRC+) with 2.5 years of cheap control left.

The Rangers have another plausibly available outfielder, and while we’ve discussed Mazara, 24, a couple times already this month, but I’m not sure I really see the fit. He is solidly above average against righties this season (107 wRC+), but as a lefty, himself, he can’t hit lefties at all (44 wRC+).

The Padres have apparently shown some recent interest in adding Mazara, but that’s somewhat confusing, given the fact they they, too, might be sellers. I’m not sure this one makes much sense for the Cubs.

We’ve discussed Eric Sogard a lot lately – including yesterday, with word that the Cubs and Blue Jays have had recent trade discussions, but he remains an imperfect fit, given the underlying numbers. And now other teams are jumping into the fray:

#SFGiants have inquired to #BlueJays about Eric Sogard, source says. Giants ideally would prefer a controllable infielder, and Sogard is a free agent after this year, so this suggests Farhan Zaidi truly is open to short-term buying if price is right. @MLB @MLBNetwork

I still believe Sogard would be a really solid addition to the bench, but he, like so many other available bats right now, just doesn’t seem to be the impact bat the Cubs would be best served by adding. And if other teams, like the Giants, are going to start bidding against the Cubs, it’s going to quickly become not worth it.

Finally – and perhaps most intriguingly – the Yankees are reportedly “offering outfielder Clint Frazier in trade talks for both starting pitchers and relievers” this month. Frazier, 24 and a former top prospect, has been an above-average hitter in limited duty across three big league seasons. For his career, he’s been average against righties (note: 121 wRC+ against them this season, though) and pretty good against lefties (117 wRC+), and, at just 24 years old, he’s obviously an interesting long-term piece, as well. He’s currently in Triple-A, slashing .276/.341/.509.

But his attractiveness aside, this is a pretty tough match-up to imagine for the Cubs. Both the Cubs and Yankees are looking to contend this season, so any deal would have to be extremely creative. Worse, the Cubs’ starting depth has already taken a hit with Mike Montgomery shipped off to Kansas City and Adbert Alzolay’s injury. I don’t think Tyler Chatwood or Alec Mills would do it, either, and even if the Cubs were willing to trade Alzolay, I don’t think the Yankees would consider him a legitimate and immediate upgrade. Would the Cubs be willing to get REALLY creative with someone in the starting five? Honestly, probably not. Maybe you don’t need your fifth starter in the postseason as much as you need a bat right now, but the Cubs’ starting depth would be bleak if you took out one of the front five. This sort of deal would require some massive creativity and I just can’t see it happening.