Drew Pomeranz Could Be a Sneaky-Good, Low-Cost Gamble for the Cubs Bullpen Skip to content 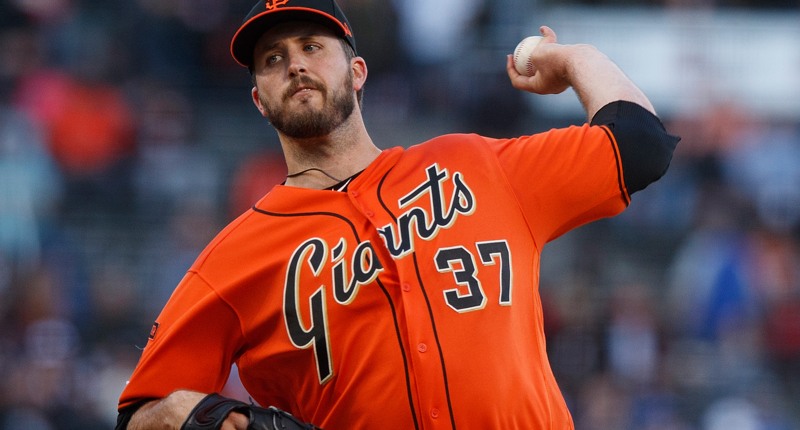 About a month ago, the Cubs needs in the bullpen were very clear and, frankly, pretty singular: a good, left-handed reliever who’s capable of getting left-handed hitters out. But since then, we’ve seen the rise of lefty Kyle Ryan, the addition of LOOGY Derek Holland, and the relative fall of Pedro Strop. So now, frankly, I think the Cubs just need to add the best possible reliever they can get, regardless of arm dominance, and go from there.

Fortunately, there are a ton of available back-end/closer types this summer (Edwin Diaz, Shane Greene, Kirby Yates, Felipe Vasquez, Raisel Iglesias, Ken Giles, Will Smith, Amir Garrett, Alex Colome, Daniel Hudson etc.). Unfortunatly, several of those pitchers (Colome, Garrett, Iglesias, Vasquez) are from the Cubs’ own division or city, while several others (Diaz and Yates) are likely to cost more than the Cubs are willing and/or able to part with mid-season – especially after investing in Craig Kimbrel. So what can they do?

Well, they can simply pay (a lot) for one of the more realistic targets like Greene, Giles, Smith, or Hudson. Or they can try to get creative and pick someone up on the upswing, like righty Joe Biagini, as Brett mentioned earlier.

I’ve got another idea … a recently converted starting pitcher from a team with which the Cubs have already dealt once this month:

Per sources, #SFGiants drawing sudden interest in LH Drew Pomeranz, who since moving to ‘pen has struck out six in 4 1/3 shutout innings, allowing only one baserunner. Team’s LH relievers also include W. Smith, Watson, with Suarez, Selman at Triple A. At least one could be moved.

Now, OBVIOUSLY, this is a supremely tiny sample. But it’s not like Pomeranz would be the first former starter to reestablish his career as a dominant reliever. But on a certain level, that’s an empty statement, right? It’s not like every starter-turned-reliever (which is pretty much every reliever in the history of baseball) has had success.

But when it does happen, there’s usually, two very clear, tangible reasons: (1) the pitcher eliminates the pitch(es) that don’t work, because they don’t need as many offerings for just 1-2 innings of work, and (2) they throw harder. If you can eliminate your weakest offering and improve the velocity of your other pitches because you’re throwing less than half as many innings overall (and far fewer pitches at any one time) that’s a recipe for success that not every guy can accomplish.

However, Pomeranz may be one of the guys to do exactly that. Gee, any guess when he moved to the bullpen (Brooks): 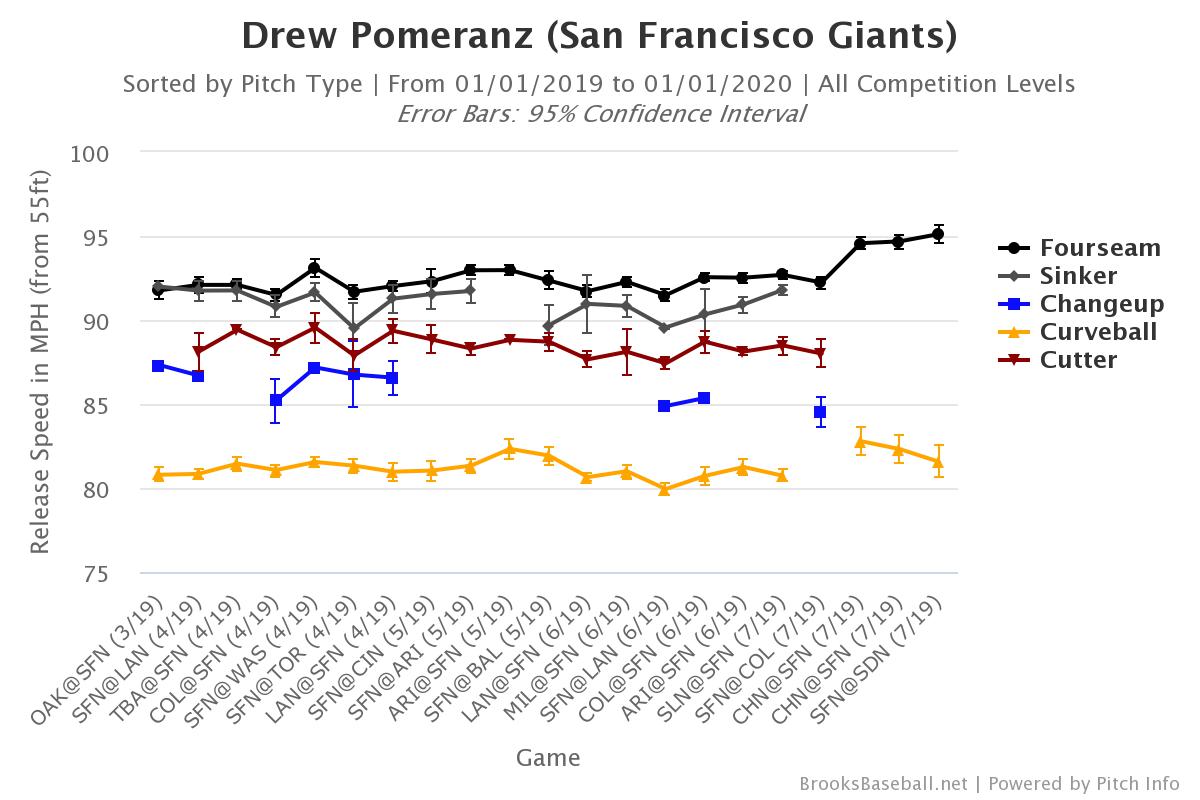 Here’s another way to look at the information you’re being shown above:

So when we see improved results – even in the short term – it helps A LOT to know that it was tied to a specific change (especially when that change is something we KNOW has worked for so many guys in the past).

For whatever it’s worth, Pomeranz also happens to be a lefty, who has been better (historically) against left-handed hitters. Of course, as a starter, you’re expected to face both types of hitters and with a new pitch-mix and added velocity it’s pretty tough to know what he’ll really be.

… Which cuts both ways.

The Cubs certainly cannot count on Pomeranz to be some shutdown reliever if they add him before now and Wednesday. He might be. He might just be a LOOGY. Or he might be nothing at all, and this was just a lucky 4.0 IP sample size (some of which came while rocking the Cubs). It’s entirely plausible that he discovers an inability to maintain that level of elevated fastball velocity over the course of a full season, even in a relief role. And, of course, it’s always possible that even with everything breaking just right, he just doesn’t find much success.

But he’s also a rental who’s making just a TOTAL of $2M this season. If there’s a good chance he can improve the Cubs performance against left-handed hitters and even a slight chance that he can be anything more than that, the gamble could be worth it – especially for a team with limited financial resources at the moment. It worked with Jesse Chavez and it worked with Cole Hamels, both of worked out big changes before coming to the Cubs and having arguably one of the best half-seasons of their careers.

In terms of likelihood of getting something done, well, it certainly doesn’t hurt that the Cubs and Giants have already come together on a deal this summer. They’ve likely already sized up both systems and have shared words on perceived value. Done deal or not, that’s half the battle.

I am – in no way – advocating for Pomeranz over a more certain, more impactful relief target when so many are available. But if the Cubs are intent on value-only deals, this is at least one with very little risk and some legitimate upside.