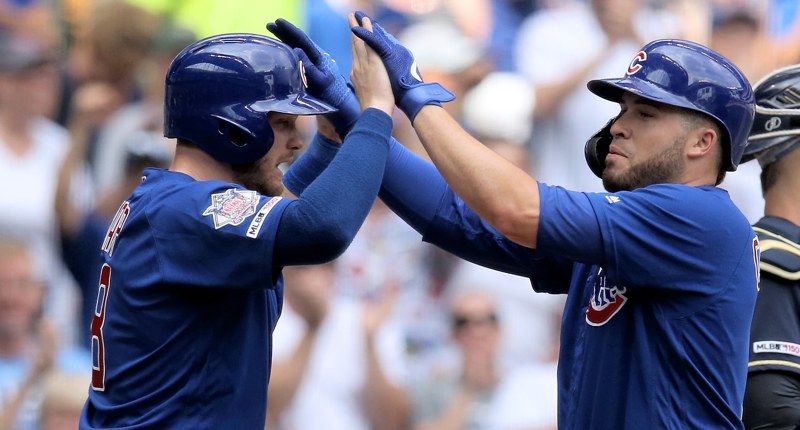 As we slog through the off-day and away trade rumors and activity (*Bueller? is this thing on?*), there were a bunch of highlights from yesterday’s win over the Brewers that were fun and/or weird and I wanted to share.

Then there was Victor Caratini’s pinch-hit, three-run homer, that I didn’t get to yesterday but don’t want to not love:

That was Caratini’s 5th homer of the year, and he’s hitting a very solid .272/.354/.465 (114 wRC+) through 130 PAs. Mostly, it looks sustainable for the type of hitter he is (high BABIP, good discipline, low-K) with the exception of the ISO, which is up near .200 right now. In the minors, as an extreme line drive guy, he never really slugged too much. He’s still really not that guy, but his fly ball rate has creeped up a little bit (27.9%), more than last year and slightly better than in the minors. He’s another slight adjustment away from being a really good big league hitter, I suspect.

Then there was the weird stuff, like Robel Garcia taking a throw back to the mound right off the dome in his first at bat:

how was ur weekend? pic.twitter.com/9xrak7fkIS

And this was either a flyover that was way too close, or Kyle Schwarber was up to bat again: