Hunter Pence is "Drawing Interest," and Naturally the Cubs are a "Logical Possibility" | Bleacher Nation Skip to content 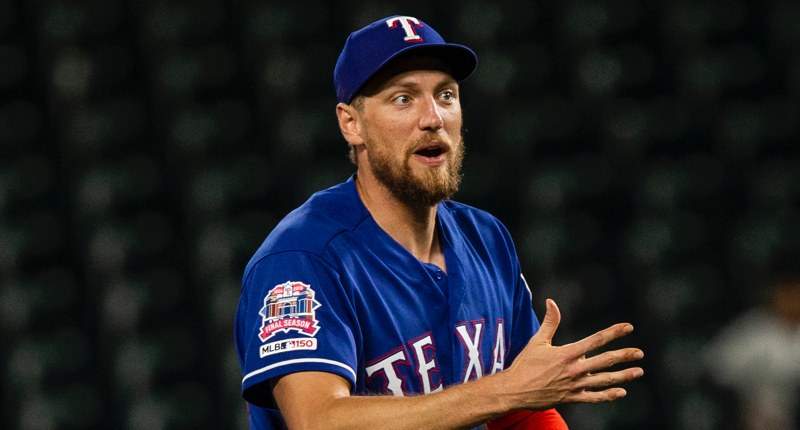 Given what the Cubs have been looking for, given their connection to the Rangers, and given their available financial resources, this is not a surprising suggestion.

Overall, Pence has had a hugely resurgent year, hitting .290/.344/.558 (126 wRC+) and making the All-Star team. He’s making fantastic hard contact, doesn’t strikeout, takes just enough walks, doesn’t have a crazy BABIP, and all that good stuff. The rub, from a peripheral perspective, is that a huge number of his fly balls are leaving the park (24.2%), and his history suggests that isn’t sustainable. But even if that comes down a bit, he’s still be absolutely destroying lefties this year (.305/.345/.622), which would make him a nice add for the Cubs.

Pence makes just $2 million this season on a one-year deal.

He did miss a month with a groin strain from June to mid-July, so that’s something to consider going forward for the 36-year-old. Pence is also not a fantastic defender, though he’s certain not going to kill you.

All in all, if the Cubs were looking for a corner outfielder who was a steady veteran bat, who was cheap, and who can crush lefties, Pence is pretty much that guy. He’s also considered a good one in the clubhouse.

More on Pence if this becomes a thing.