I am currently blogging – here, on Facebook, and on Twitter (hash tag #BNBlogathon for those who want to jump into the fray themselves) – for 40 hours straight, past MLB’s July 31 Trade Deadline and through the Cubs/Cardinals game Wednesday night, thanks to your generous donations to Make-A-Wish. I’ll be doing recaps on the process throughout the day, but you’ll also see normal posting (Bullets, news, Pre-Gamin’, EBS, etc.), as well as a significant uptick in rumor/trade posts.

I guess if you had to pick something, it’s this:

Reds are keeping Bauer, not flipping him. If they do make playoffs, they have great front 3 with also Castillo and Gray. Roark and Wood could still go in trade.

It’s not impossible for the Reds to make the playoffs – they’ve got a 4.7% chance, per FanGraphs – but to get to the division series, where pronouncements about their rotation would actually matter, they’re right around 3%. It could happen. It’s not likely.

I am awaiting word of a reasonably-priced, moderately-useful bench bat. That is the realistic goal today. Anything else is gravy.

Coffee. Black. And another donut.

I’m at the Starbucks outside Wrigley, where the ambiance is fine, but the chairs with the good tables don’t have backs. So my back is like, “Come on, man.”

Whatever it was that made me make this photoshop at like 3am: 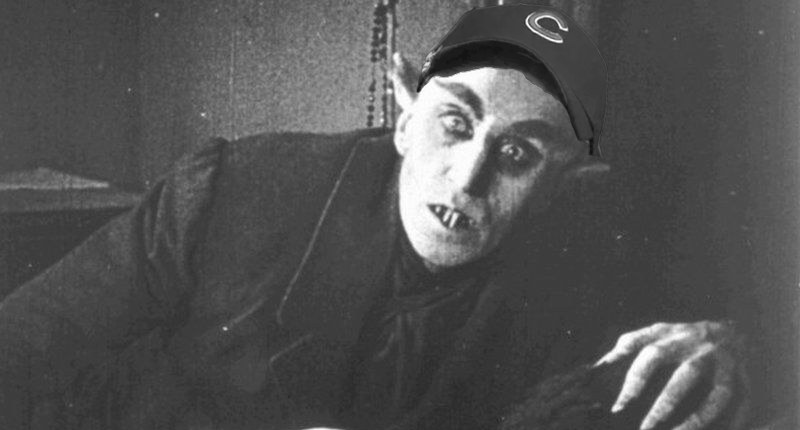 That’s right. Come on out. Come on now. You can do it. #BNBlogathon #HereComesTheSun pic.twitter.com/c1ZnfT4XXb